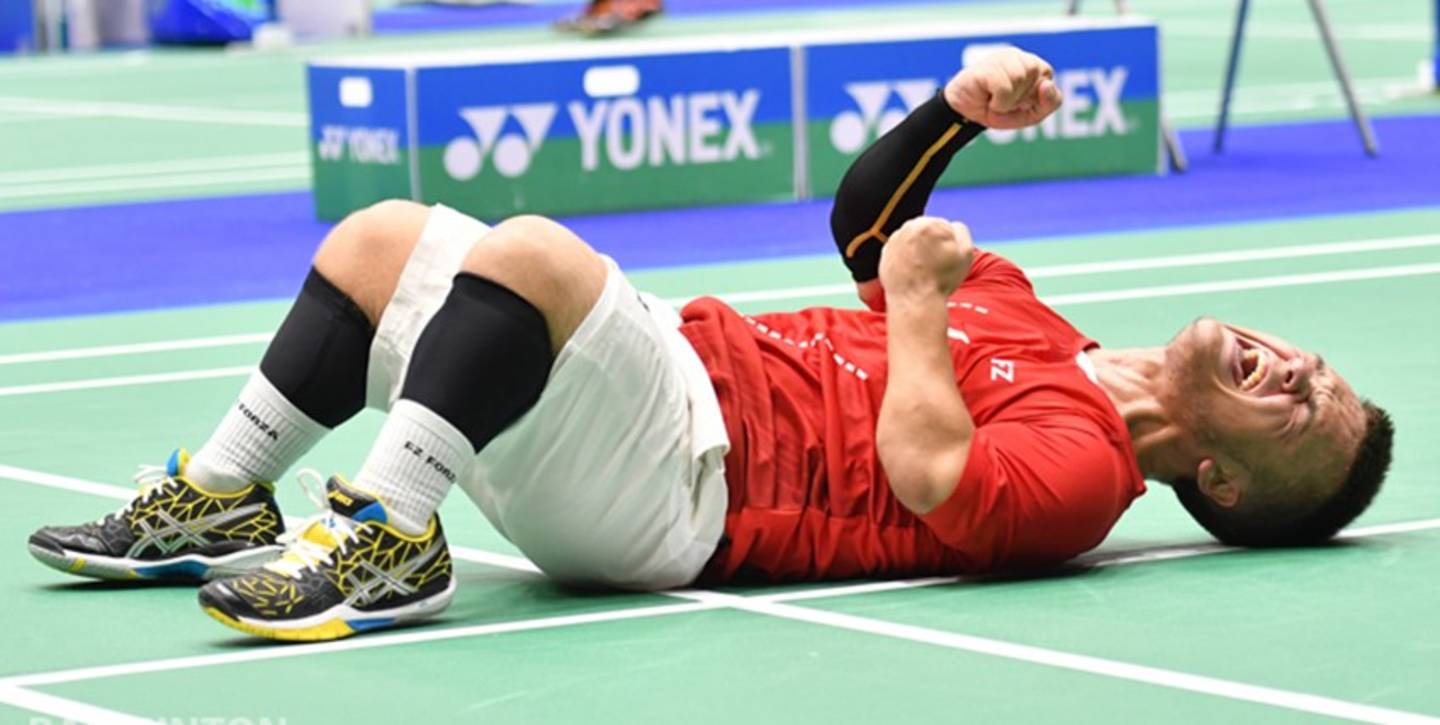 Choong, meanwhile, followed up Saturday’s SS6 title with Bedford to take top step on the podium once again, this time with Andrew Martin for their fourth successive win in the mixed event.

A bronze medal also came Bedford’s way in the SS6 singles after losing out to eventual winner Carmen Giuliana Poveda Flores in the semi-finals, while Martin teamed up with Frenchman Fabien Morat for bronze in the men’s SS6 doubles.

Shephard overcame compatriot Krysten Coombs in the final two years ago and was back celebrating gold in Basel, a straight games victory taking him over the line.

The Englishman was top seed for the SS6 and showed why through the week, not losing a match in an event in which he dropped just one game across six matches. He said:

“It’s a great feeling, especially ahead of qualification for Tokyo. To win the World Championships twice in a row is a great feeling, I’m speechless about it. Having it as a parallel games [competing alongside the TOTAL BWF World Championships for the first time] has been great, we’ve been able to go in and watch the other games, we’ve been able to bond off court and share ideas, and it’s been great having the two tournaments together.

“It’s now back into training for me, there are a few more tournaments ahead in qualifying year – it’s about working hard and make sure I can qualify for Tokyo 2020.”

Choong, meanwhile, enjoyed taking home two golds and one silver medal from a busy week which featured 13 matches on court for a player who relishes the World Championship stage.

Then there was the singles, with top seed Poveda Flores this time coming out on top 21-9 21-19, though Choong was still not done there as she secured a third medal of the week.

This time it was back to gold as she and Martin underpinned their No.1 seeding, overcoming Laing and Bedford 21-15 21-13 to wrap up an epic week on the Swiss courts. Choong said:

“It feels amazing, I’m really happy with the performance I had this week, I felt I gave it my best. It was tough, I had 13 matches in six days so it was tough on the body, but I’m happy to leave with the two golds and one silver medal. It’s been a fantastic Championships. I really appreciate the minor details that they’ve put into this competition and it’s made a difference, people are getting to see us everywhere.

“It’s been a tough week so the next thing is getting the body on order and we can see where we go from there.”

Choong is no stranger to world medals and Bethell is of a similar experience, with this silver adding to three bronze medals he won in 2015.

Facing top seed Pramod Bhagat was always going to be a tough task but Bethell held himself well, even taking the first game before going down 6-21 21-14 21-5 in a match lasting close to an hour.

“It feels really good, it’s my first World Championship final so it was a really good experience for me. I felt really good all week, I’m a little bit disappointed because once you reach the final, the goal is to become world champion so it is bitter-sweet.

“The World Championship is double qualification points so to get to the final here is fantastic, so that’s really good for me going forward and looking towards Tokyo.”

That concluded action on the final day of competition in Switzerland, with the English team enjoying a memorable week – with the last finals coming exactly a year out from when para badminton makes its Paralympic debut at Tokyo 2020.

“It’s been a good week for the British team, we had a really tough training block and six weeks building up from Ireland, giving us loads of time to do what we got done,” said head coach Rich Morris. There were a couple of games that didn’t go our way, a couple that did, but overall I’m really happy.”

Find out more about para badminton