Paul Blake claimed Great Britain and Northern Ireland’s first medal at the World Para Athletics Championships in Dubai as he stormed to T36 800m gold in a season’s best 2:07.44. 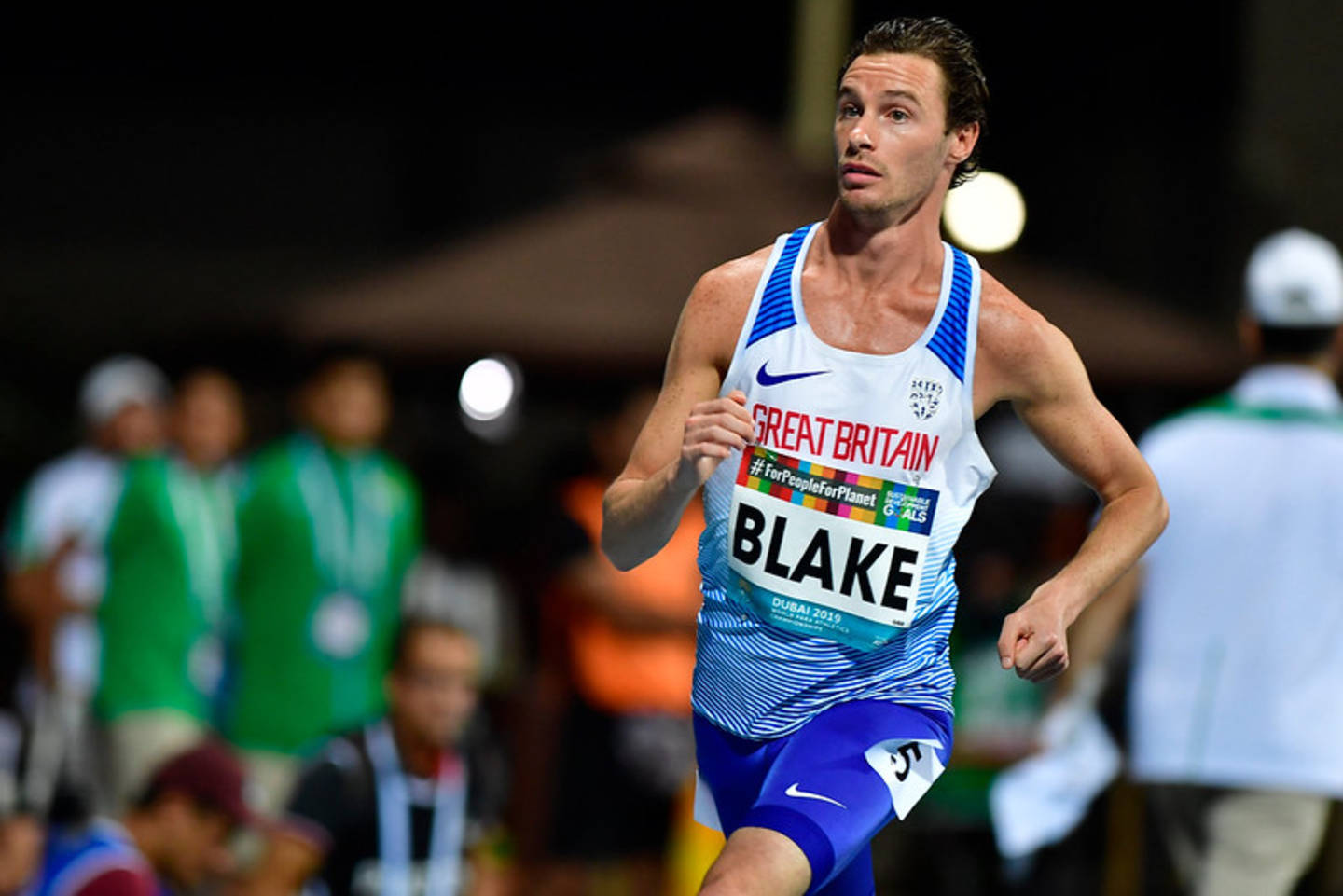 Paul Blake (coach: Rob Ellchuk; club: Dorchester) controlled the race from start to finish, taking the front after 200m and holding his form to stop the clock more than eight seconds clear of Algeria’s Sid Ali Bouzourine and get the first medal at the championships for the British team.

Blake’s gold adds to the silver won by Derek Rae (Ron Morrison; Fife AC) in the T46 marathon in London in April, where he clocked a personal best 2:27:08.

Victory earns Blake his third world title over the distance, having last taken the crown in 2015 in Doha, Qatar and in Lyon, France in 2013 and feels that this is the most important of those.

After the race, Paul Blake said:

"To be honest, I think this is the best one. The way the last two years have panned out, this is really special. To execute the race exactly as I wanted to and to win the gold, I’m really pleased with myself.

"It’s amazing to be the first gold medallist of the champs for Great Britain and hopefully this will spur on the rest of the team to deliver great performances.

"I’m buzzing. It’s great to get the first race under my belt. I’m normally last on and have to wait for everyone else."

The Scot fought back after a tough start and really found her groove in the closing stages, edging out China’s Hongzuan Zhou into second place.

"I’m really happy with that race. 16.39s is not what I was expecting. It’s one of the quickest times I’ve ever done. I’m so, so pleased with it.

"My aim here was to reach the final and win a medal, any medal. I had an operation earlier in the season which put me back a bit, mentally and physically so you don’t know where you are. But I’m really proud to have worked hard to put on the British kit again for the first time since London (2017)."

Fellow T54 sprinter Richard Chiassaro (Jenni Banks; Harlow AC) had earlier missed out on the 100m final non-automatic qualifying spot for the semi-finals having finished fourth in 14.91s (0.1) in his heat this morning.

Mickey Bushell (Rick Hoskins; Birchfield) could not secure his spot in the final of the men’s T53 100m, coming home fifth in his heat in 15.47s (1.2), missing one of the two fastest non-automatic qualifying spots by 0.02s.

*The WPA Championship marathons took place at the London Marathon earlier this year.

To find out more about athletics and get involved visit British Athletics website.