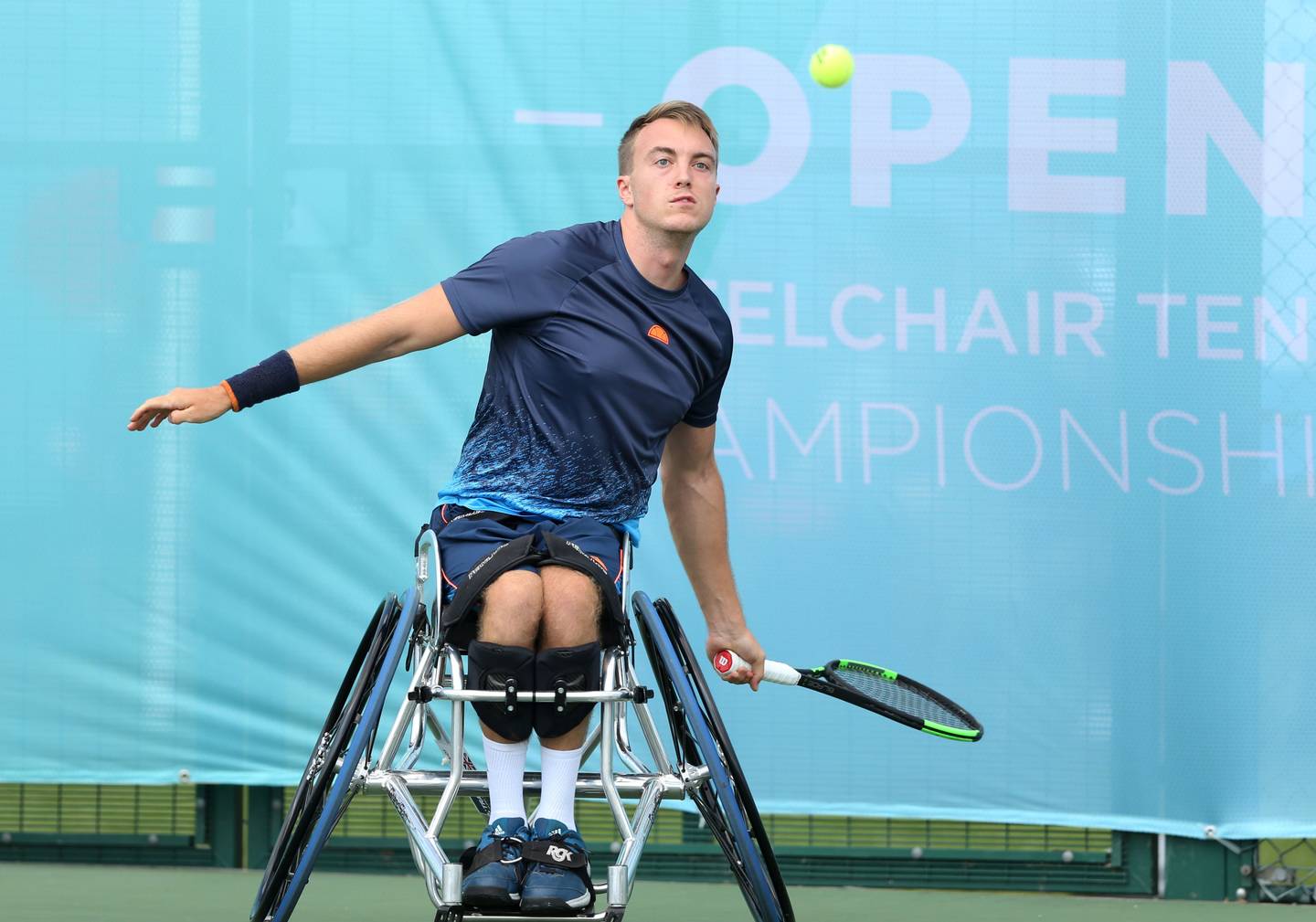 As the LTA brings international wheelchair tennis to Wrexham for the eighth successive year, this week’s ITF 3 event welcomes 70 players from 23 countries, many of whom have their sights set on qualifying for the Tokyo 2020 Paralympics.

British No.3 and world No.25 Dermot Bailey, 25, who’s won two of his of his 13 career singles titles in Wrexham after previously being victorious in North Wales in 2015 and 2016, said:

"With Tokyo getting closer and closer it’s the biggest year of my career and to kick off my season in Wrexham, at a venue where I’ve got some great memories and plenty of winning form is very exciting. I reached the semifinals last year and narrowly missed out on a place in another final, but after a very encouraging training block I’m certainly looking to improve on 2019."

With the wheelchair tennis ranking qualification window for Tokyo 2020 continuing through to early June, Louise Hunt is aiming to secure a place at her third Paralympics. The 28-year-old world No.27 would like nothing more than a big performance this week, having won the women’s singles title in Wrexham back in 2013, when the tournament had ITF Futures status.

A strong international entry list for the quad singles sees James Shaw play his first tournament since making history at the 2019 National Wheelchair Tennis Championships, where he became the first player to win both the men’s singles and quad single titles in the same year.

Players are eligible to compete in wheelchair tennis’ quad division if they have a permanent physical impairment that results in significant loss of function in three or more extremities, while also fulfilling the sport’s minimum disability criteria.

Shaw reached the quad doubles final in Wrexham last year and he and two-time Paralympian Anthony Cotterill will face their biggest opposition from Israel’s former world No.1 Shraga Weinberg, Yosi Sadon and German twin brothers Marcus and Maximillian Laudan as they bid to reach this year’s finals.

"We are just over sixth months away from the Tokyo 2020 Paralympics and with players competing for vital world ranking points as they work towards trying to qualify, we are guaranteed to have a fascinating week of wheelchair tennis at Wrexham Tennis Centre. For the second year in a row we have players from 23 countries coming to Wrexham and the strength in depth of our draws is particular pleasing.

"Anyone who has yet to watch wheelchair tennis can expect an extremely high level of competition from our past and future Paralympians and I would encourage all local sports fans to come down and join us for free to enjoy the action."

The Wrexham Indoor tournament forms part of the International Tennis Federation’s UNIQLO Wheelchair Tennis Tour and is the first of nine world ranking wheelchair tennis tournaments to be held in Great Britain in 2020. Play at Wrexham Indoor begins at 9.00am each day.

To find out more about the LTA’s work with disability tennis, head to the LTA website or email disabilitytennis@lta.org.uk.