Jordanne Whiley led a haul of three titles for Brits as the Bolton Indoor Wheelchair Tennis Tournament came to an end on Saturday, with Whiley winning the women’s singles crown for a third time. Stefan Olsson of Sweden won the men’s singles and Dutchman Sam Schroder retained the quad singles title as both players also secured their third singles titles at Bolton Arena. 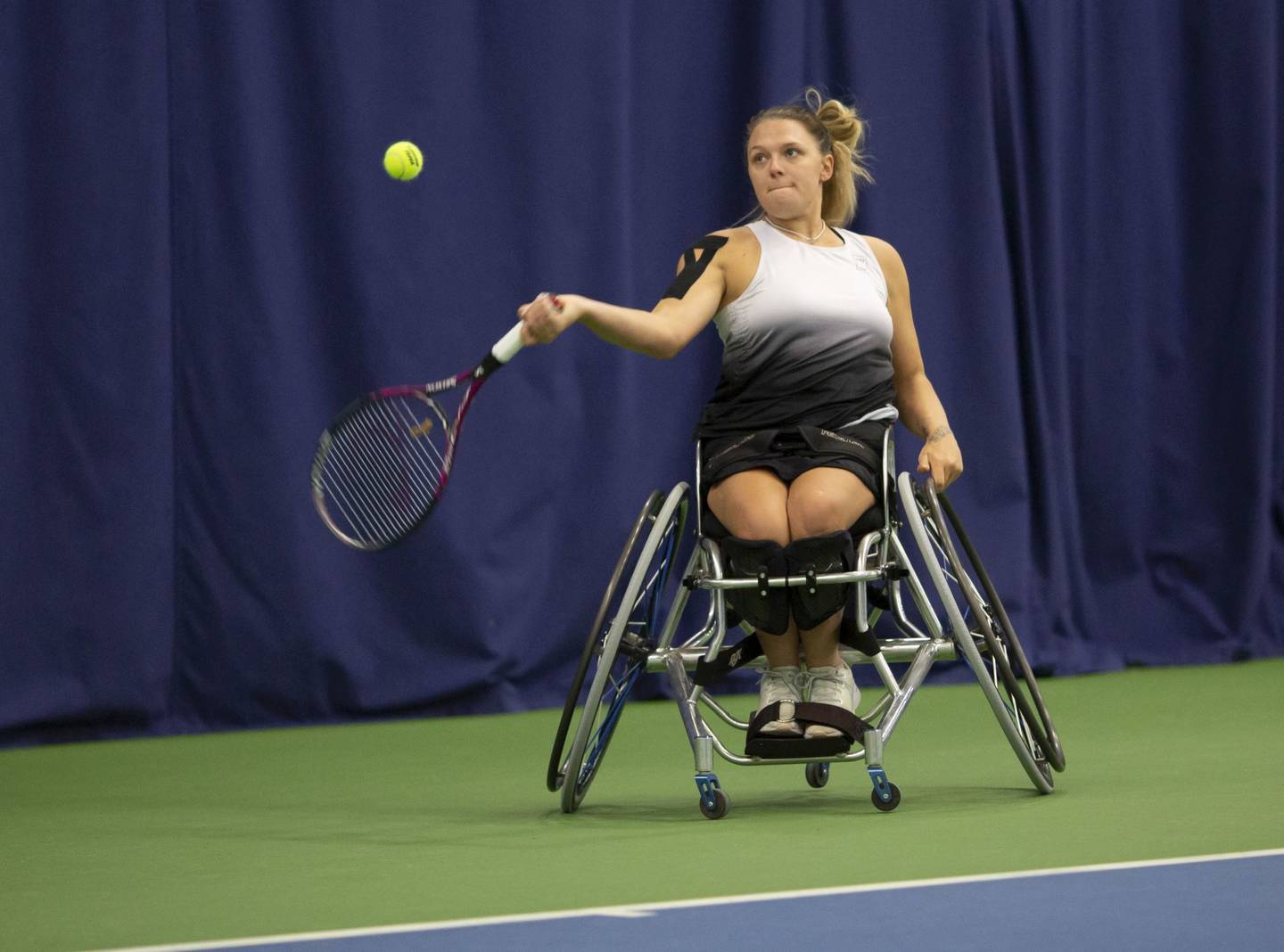 All three of Saturday’s singles champions secured victory in Bolton for the third time in the tournament’s seven-year history, world No.5 and top seed Whiley earning a 6-3, 6-1 victory over China’s Hui Min Huang to claim her first singles title of 2020.

Whiley won five of the last six games in the opening set and the last five games of the match to complete her victory over Huang in 58 minutes.

"I’m very happy to win here again after reaching the final last year and just missing out in three sets. At the start of the week it wasn’t necessarily about winning, it’s been about the performances and trying out some new things I’ve been working on and I feel that’s gone really well, so it’s been a very successful week."

While Whiley added to her previous Bolton Indoor titles won in 2015 and 2016, Olsson won in Bolton for the first time since claiming back-to-back titles in 2016 and 2017. The Swedish second seed beat Britain’s Gordon Reid 6-2, 6-3, thereby also denying Reid a hattrick of titles in Bolton.

"I played Gordon in Rotterdam last week and he beat me. But I think I tried a little bit too much in Rotterdam and my tactic today was just to be really calm and wait for my opportunities and I did that really well and served well too. England is a very lucky place for me and I have a great record here."

Lapthorne and Schroder have shared the Bolton Indoor quad singles title between them in each of the last four years, but after snatching a close first set on Saturday it was the Dutch second seed who added a third victory, beating Lapthorne 7-6(3), 6-0.

Reigning US Open champion Lapthorne, who partnered Cotterill to a 3-6, 6-1, (10-8) victory over fellow Brit Richard Green and Schroder in Friday’s quad doubles final.

"It’s been a good week again here in Bolton. I set out with some specific goals from my most recent training block and I feel I played well in the first set today. I just need to go away and improve now ahead of playing tournaments in the USA next month."

The women’s doubles saw Shuker and Whiley justify top seeding in their second final of 2020, earning a 6-4, 6-1 victory over Germany’s Katharina Kruger and the USA’s Dana Mathewson to claim their third Bolton Indoor title together since 2014.

"I’m happy with how the week has gone and to end with the doubles title is really nice. I don’t think we played particularly well yesterday in our semi-final. Not to take anything away from our opponents, but there were things to work on. But we came back today and executed the game plan really well and it’s promising for the rest of the year ahead."

In the men’s doubles Bailey and Reid reached their first final in their first tournament playing together outside of World Team Cup competition. However, having beaten the second seeds earlier the week, the Brits found Martin de la Puente of Spain and Olsson a tough proposition and the top seeds took the title 6-3, 6-2.

Saturday’s action in Bolton also included the first of two days of competition in the Bolton Indoor Junior Wheelchair Tennis Tournament, which has ITF status for the first time this year. Featuring Britain’s top young players as well as players from France, Israel and the Netherlands, the junior tournament concludes today with Ben Bartram facing  Dahnon Ward in the boys’ singles final and Abbie Breakwell playing Ruby Bishop in the girls’ singles final.

To find out more about the LTA’s work with disability tennis, visit the LTA website or email disabilitytennis@lta.org.uk.