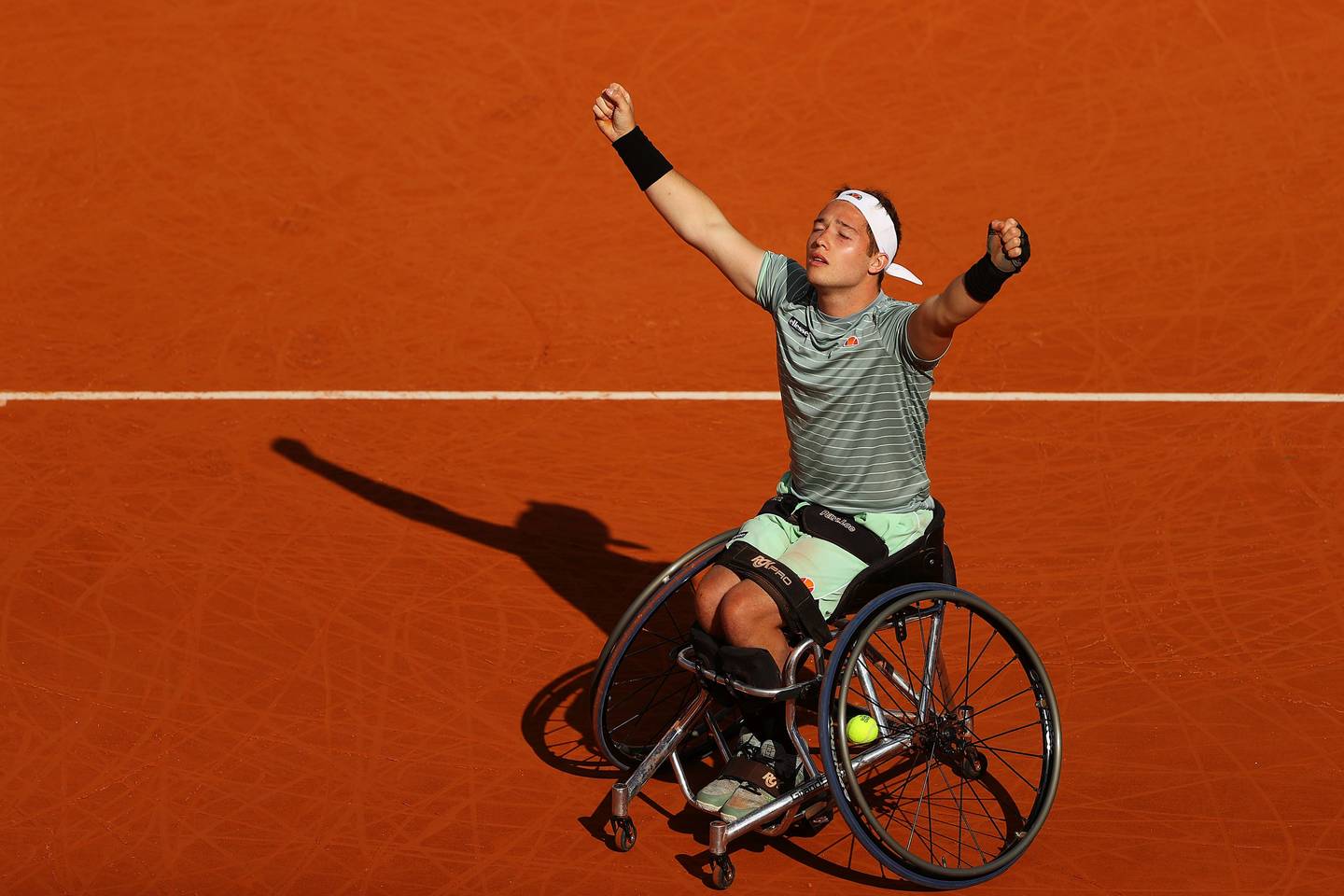 Hewett ends the last major of 2020 as men’s singles and men’s doubles champion, but with players on the LTA’s Wheelchair Tennis World Class Programme having contested five of the six wheelchair tennis finals at this year’s Roland Garros event, Andy Lapthorne and Jordanne Whiley had to settle for runners-up honours in the quad singles and women’s doubles title deciders.

Just 24 hours after completing the career Grand Slam of doubles titles alongside partner Gordon Reid, world No.3 Hewett faced world No.4 Gerard in an enthralling encounter over the course of two hours and 45 minutes. After adding to his maiden Grand Slam triumph in Paris in 2017, Hewett said:

“To not only have us on the Suzanne-Lenglen Court today but also having us here in what has been a very difficult year has been amazing. To come here today and get the double is amazing, especially when it was looking unlikely that the event was even going to be on – thank you to everyone who made this possible.”

Hewett was the first player to hold serve, earning a 3-2 lead and then breaking Gerard for 5-3. With 51 minutes played he sealed the opener 6-4 with a trademark crosscourt backhand landing with pinpoint accuracy to force an error from the Belgian.

Former world No.1 Gerard bounced back to take a 4-2 second set lead and although Hewett levelled at 4-4, Gerard won the next two games to force the decider.

At 3-1 down in the final set Hewett called for a physio to tend to a shoulder problem, but he came back on court to reverse his fortunes and take a 5-3 lead. Gerard needed a mechanical time out in the final game, but Hewett kept his composure, firing a cross court forehand to set up match point and wrapping up victory with a forehand volley at the net. The 22-year-old added:

“I can't believe I actually won it. I felt like it was going a little bit against me. I don't really know how I'm sitting here victorious, to be honest. I always just believe that I can come back and fight. I think I've got a bit of a name for myself for being a little bit of a comeback king.”

Lapthorne’s hopes of completing his Roland Garros debut with a victory were thwarted by Australian world No.1 Dylan Alcott, Lapthorne’s partner on Friday when they finished runners-up in the quad doubles decider.

World No.2 Lapthorne made an encouraging start to the quad singles final, earning a 2-0 lead. However, Alcott won the next six games to take the opening set and broke for a 3-1 second set lead as Lapthorne struggled to find the kind of tennis that saw him beat Alcott in the 2019 US Open final.

With Lapthorne serving to stay in the match. Alcott earned three match points, sealing his win with a backhand half volley drop shot.

Whiley and Japan’s Yui Kamiji have won 11 Grand Slam women’s doubles titles together since 2014 and won the Roland Garros title in both 2014 and 2016. However, their bid to completed a clean sweep of this season’s Grand Slam title came unstuck after a deciding match tie-break against Dutch top seeds Diede de Groot and Aniek van Koot.

After winning seven of the first eight points of Saturday’s final for a 2-0 lead, Whiley and Kamiji were taken to a first set tie-break by De Groot and Van Koot, who went on to convert the second of five set points.

Reigning Australian Open and US Open champions Whiley and Kamiji made an even better start to the second set, racing to a 5-0 lead. However, neither player was able to serve out the set and instead they broke world No.1 De Groot to love to force the match tie-break.

“I feel like I didn’t do too much with the ball in the opening set and I was struggling a bit, but then after that I gave everything. So although I’m gutted we lost, I don’t have any regrets and I’m OK with it. There were some long and tiring rallies and they played well today. I honestly think that if we’d scraped that first set we would have won it.”

For news and updates from the wheelchair tennis draws and the fortunes of the Brits at the French Open, follow on Twitter @the_LTA and @WChairTennisGB.