Alfie Hewett heads a cast of four Brits who will all contest Australian Open wheelchair tennis finals over the next two days, after the world No.3 upset world No.1 and defending champion Shingo Kunieda on Monday to reach his first men’s singles final at Melbourne Park. 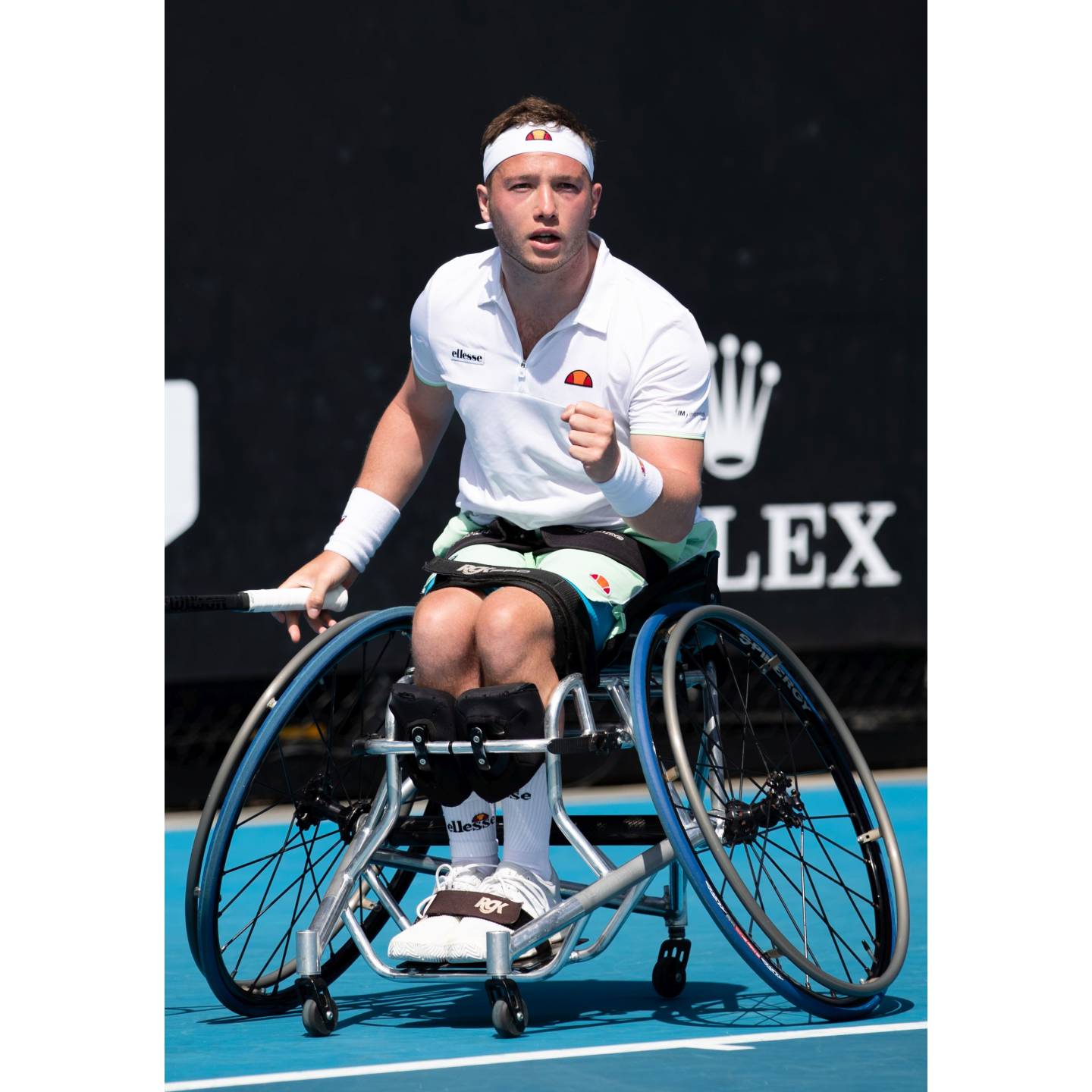 On a tremendous day for players on the LTA’s Wheelchair Tennis World Class Programme, Hewett followed up his heroics against Kunieda by partnering Gordon Reid to their second successive Australian Open men’s doubles final. Lucy Shuker and Andy Lapthorne are also through to Tuesday’s women’s doubles and quad doubles finals with their respective partners.

Hewett avenged his loss to Kunieda in last year’s Australian Open semi-finals as he recovered from 3-0 down in the first set to complete a 6-3, 6-4 victory over the 10-time champion. He will now face Belgian Joachim Gerard, the player he beat in October’s French Open final, in Wednesday’s final in Melbourne. Now through to the seventh Grand Slam singles final of his career, Hewett said:

“It’s definitely emotional. After the match I was tearing up a bit. To reach a final is an incredible achievement and with everything that’s going on in the world and the big build up to being here, it’s something I’m extremely proud of. It’s my first one here in Australia and one that’s been on my bucket list to do. “

With the second set finely poised at 3-3, Hewett released a succession of winners from both his backhand and his forehand side to establish a 5-3 lead and he calmly dispatched one final forehand winner on match point. The two-time French Open and two-time US Open champion added:

“To be honest, I don't really know too much about the match itself, I was so in the zone at the time that all I was doing was trying to be aggressive and have a high intensity. I think the last couple of matches I've played against him have been a little bit passive, which isn't really like me, so I tried to just go out there and dominate and put my game on to him and thankfully today it worked.”

A few hours later Hewett returned to court to partner Reid to a 6-1, 4-6, 10-7 doubles semi-final victory over Gustavo Fernandez and Kunieda, the Argentine-Japanese duo who brought Hewett and Reid’s 16 match and seven tournament winning streak to an end in the lead-in to this year’s Australian Open.

However, the Brits dug deep on Monday to keep alive their hopes of equalling the British record of 10 Grand Slam doubles titles amassed by brothers Laurie and Reginald Doherty between 1897 and 1903.

Hewett and Reid will renew their rivalry with French second seeds Stephane Houdet and Nicolas Peifer in Wednesday’s doubles final in Melbourne.

Also on Wednesday Lapthorne will team up with American David Wagner to try and regain the Australian Open quad doubles title they won for the third and most recent time in 2017.

Lapthorne and Wagner, who are also two-time US Open quad doubles champions, beat Japan’s Koji Sugeno and the USA’s Nick Taylor 6-1, 6-4 in their semi-final after a run of six successive gams in the opening set and then saving a break point in the 10th game of the second set to complete victory.

The second seeds will now play Australia’s defending champions Dylan Alcott and Heath Davidson on Margaret Court Arena on Tuesday. Lapthorne, who saw his singles challenge come to an end on Monday after a 6-2, 6-2 semi-final loss to Dutchman Sam Schroder, said:

“It’s really good to be back in another final and I’m looking forward to playing the Aussies on the big court in the morning, live on TV. It’s another opportunity to show what we can do and hopefully we can cause an upset this time. It just wasn’t my day in singles today. Sam was the better player today and well done to him.”

Shuker returns to an Australian Open women’s doubles final on Tuesday for the first time since 2013 after partnering South Africa’s Kgothatso Montjane to another 6-1, 6-4 victory over Colombia’s Angelica Bernal and Chile’s Macarena Cabrillana.

It was a third win over Bernal and Cabrillana in the last 10 days in Australia and Shuker and Montjane will now face Dutch top seeds Jiske Griffioen and Aniek van koot. Also a multiple French Open and Wimbledon doubles finalist, Shuker said:

“I’m super happy to be back in a Grand Slam final. It has been really great to have teamed up with KG for this whole tour and I definitely feel our games compliment each other. We will try to use each other’s strengths and take our game to the Dutch team and enjoy being in the final together.”

To find out more about the LTA’s work with disability tennis, head to www.lta.org.uk/play or email disabilitytennis@lta.org.uk.