Get ready for Women and Girls in Golf Week

Women and Girls in Golf Week is an online campaign promoting female participation at all levels and challenging negative perceptions about the game – is back for 2021. Activity Alliance is proud to support this campaign and show golf as an inclusive game of all women, including disabled women and girls. 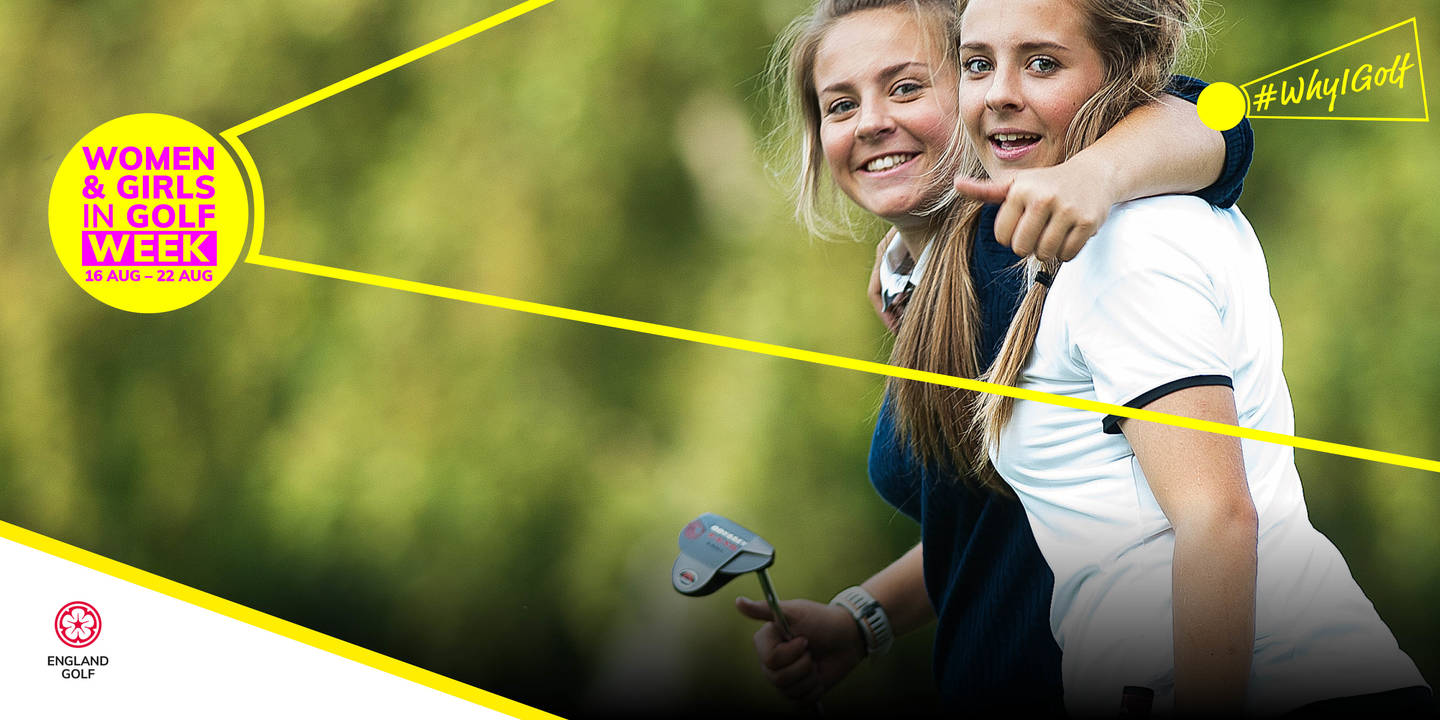 This year’s campaign runs from 16-22 August and is once again timed to coincide with the staging of the AIG Women’s Open at Carnoustie Golf Links, when the eyes of the world are firmly focused on the women’s game.

The week aims to unite the golf industry and celebrate the successes of women and girls both on and off the course.

England Golf – the governing body for the club and amateur game - is the driving force behind the initiative which is now in its fourth year.

As well as involving media outlets in the promotion of the women’s game, there is the chance for the golfing public – both male and female – to join in the online fun.

There are three ways for the golfing community to get involved:

Go to Women and Girls Golf Week campaign page on England Golf's website for full details on how to share stories, get involved and watch this year’s promotional video.

There are seven themes for the week – one for each day of the campaign – and these cover all areas of the game and the golf industry.

"Every year we look to build on the previous campaign and ensure that the amazing stories involving women and girls in golf are given the exposure they deserve. I’m always a firm believer in the phrase if you can’t see it, you can’t be it. Telling stories of women and girls in golf and bringing their experiences to life simply helps to destroy the negative stereotypes of the game that belong in another era. Many of these negatives are already disappearing in a sport that is far more modern and progressive in its outlook than many would have you believe.

"I’m always bowled over by the enthusiasm of the women I know in the game – either those who take part or who work behind the scenes. It’s also been great to have so many positive contributions from men in the game who recognise that golf is a sport for everyone regardless of age, gender, ethnicity or ability. Playing the game, helping out at club, working in the golf industry – there are so many roles in the game for women and girls to enjoy and we aim to highlight these to a wide and growing audience."

"Last year’s campaign proved to be a huge online success – promoting the women’s game and increasing awareness about opportunities in a game that is adapting to the modern world and changing lifestyles.

"Videos from the week racked up 285,000 views while Instagram stories were seen 100,000 times. Over 500 people from around the world shared their stories and experiences and #WhyIGolf was trending for the week."

As the one-month to go countdown begins, the public can keep an eye on England Golf’s social channels and website www.englandgolf.org/whyigolf for the latest on Women and Girls in Golf Week and also for details on how to get involved.