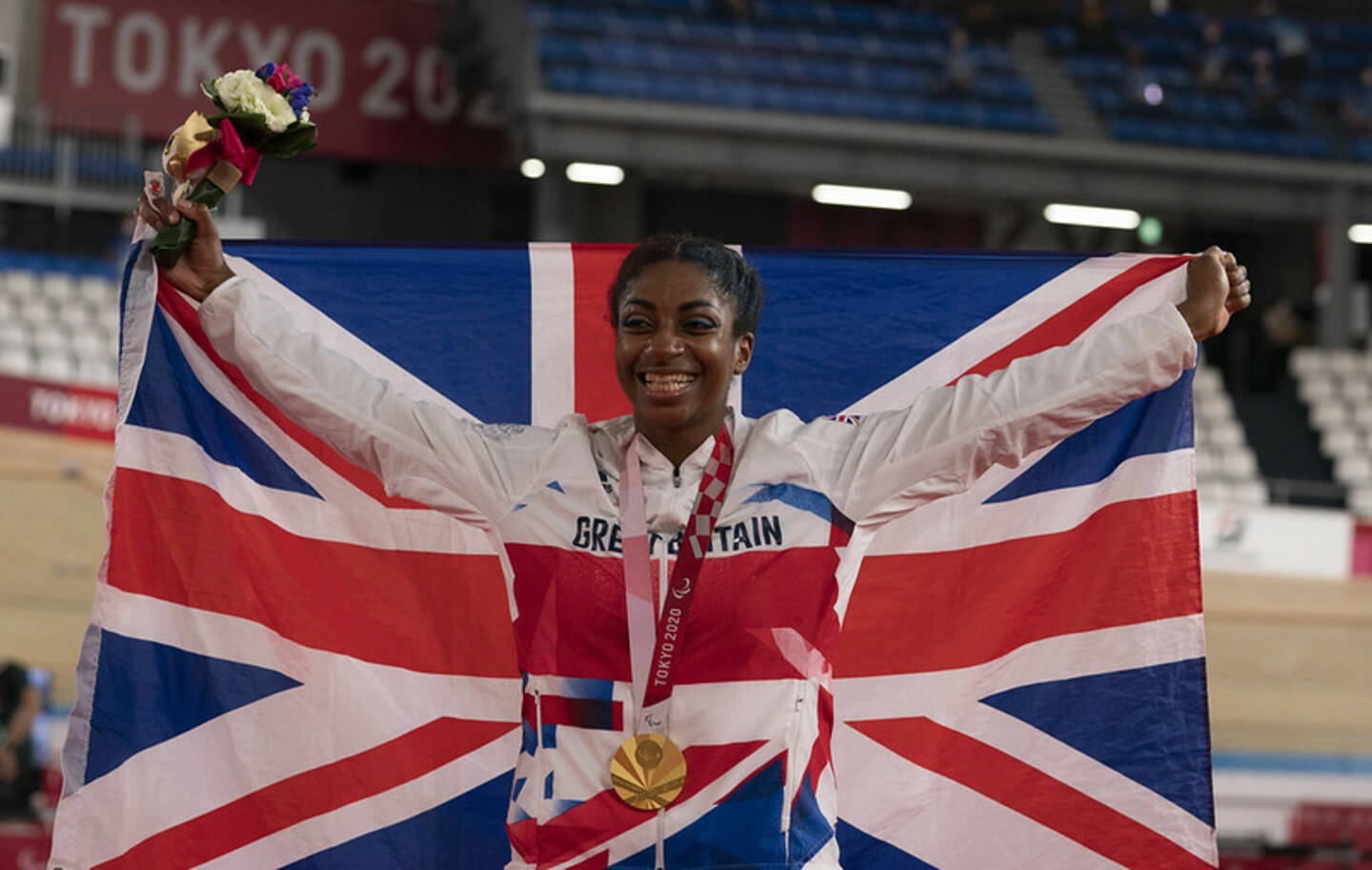 Sensational Cox blazes her way to gold in velodrome

Kadeena Cox (pictured above) stormed to a sensational world record to successfully defend her C4-5 500m time trial gold, as ParalympicsGB continued to count the medals at the Izu Velodrome. The 30-year-old stopped the clock in 34.812 seconds to give her a factored time of 34.433 and triumph by more than a second from Canada's Kate O'Brien, as she registered GB's ninth track cycling medal in just three days.

Jaco van Gass won his second medal in two days with bronze in the men’s C1-3 1000m time trial. Van Gass, who won gold in the individual pursuit on Thursday, set a new world record in the C3 category by clocking 1:05.569.

Maria Lyle put a difficult 18 months behind her as she stormed to ParalympicsGB’s first athletics medal of Tokyo 2020. World champion Lyle won women’s 100m T35 bronze in Rio and repeated that feat with a season's best time of 14.18s on the opening morning of athletics competition in Tokyo.

Olivia Broome (pictured below) won a brilliant powerlifting bronze medal in the -50kg weight division on her Paralympic debut at the Tokyo International Forum. The Chorley star produced a personal best lift of 107kg when it mattered most, having managed an equal lifetime high of 106kg at the first attempt. 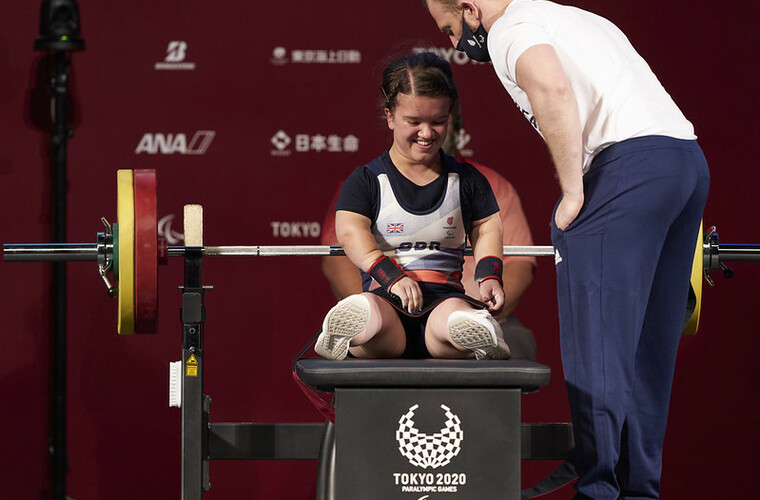 ParalympicsGB added to their wheelchair fencing success with a men’s épée team bronze in Tokyo. After navigating themselves safely out of Pool 2, Piers Gilliver, Dimitri Coutya, and Oliver Lam-Watson faced the Russian Paralympic Committee in the semi-final, but they proved too strong taking it 45-35. The British squad bounced back with a 45-38 victory to win bronze and take the fencing medal tally at the Games to three. This is ParalympicsGB’s first épée team medal since 1980.

Dunn upgrades to gold as one of five British swimming medals

Reece Dunn turned yesterday’s disappointment into victory today in Tokyo. He claimed 200m freestyle S14 gold and was crowned Paralympic champion for the first time. The 25-year-old got the better of Brazil’s Gabriel Bandeira, who had beaten him in the fly, in the S14 classification, setting a new world record in the process as he won in a time of 1:52.40. 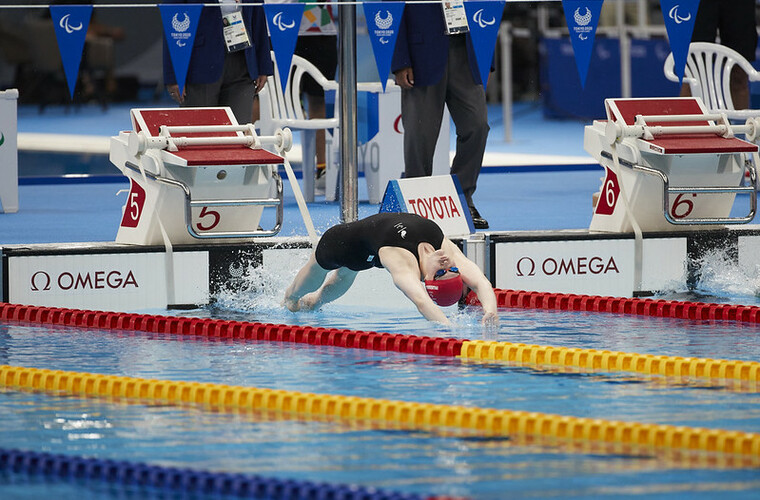 Hannah Russell (pictured above) defended her 100m backstroke S12 title with a brilliant performance. Up against Daria Pikalova of the Russian Paralympic Committee, Russell’s strong turn proved crucial as she claimed gold in 1:08.44.

In the first race of the session, Stephen Clegg joined sister Libby and brother James as a Paralympic medallist as he won bronze in the men’s 100m backstroke S12 in a personal best time of 1:01.27. And there were two more medals in the women’s 200m freestyle S14 as Bethany Firth won silver and Jessica-Jane Applegate took bronze.

Natasha Baker kept the equestrian medals flowing in Tokyo with ParalympicsGB’s fourth gong in two days. She clinched an incredible silver in the dressage grade III individual test on Keystone Dawn Chorus, known as Lottie. Despite having such tough acts to follow Baker and ten-year-old mare Lottie showed impressive composure to finish with a medal winning score of 76.265 per cent.