Super weekend for ParalympicsGB at Tokyo 2020

ParalympicsGB enjoyed an incredible weekend of sporting success at the Tokyo 2020 Paralympic Games. The team added 14 gold medals to their tally on Saturday and Sunday, consolidating their place in second in the medal table. 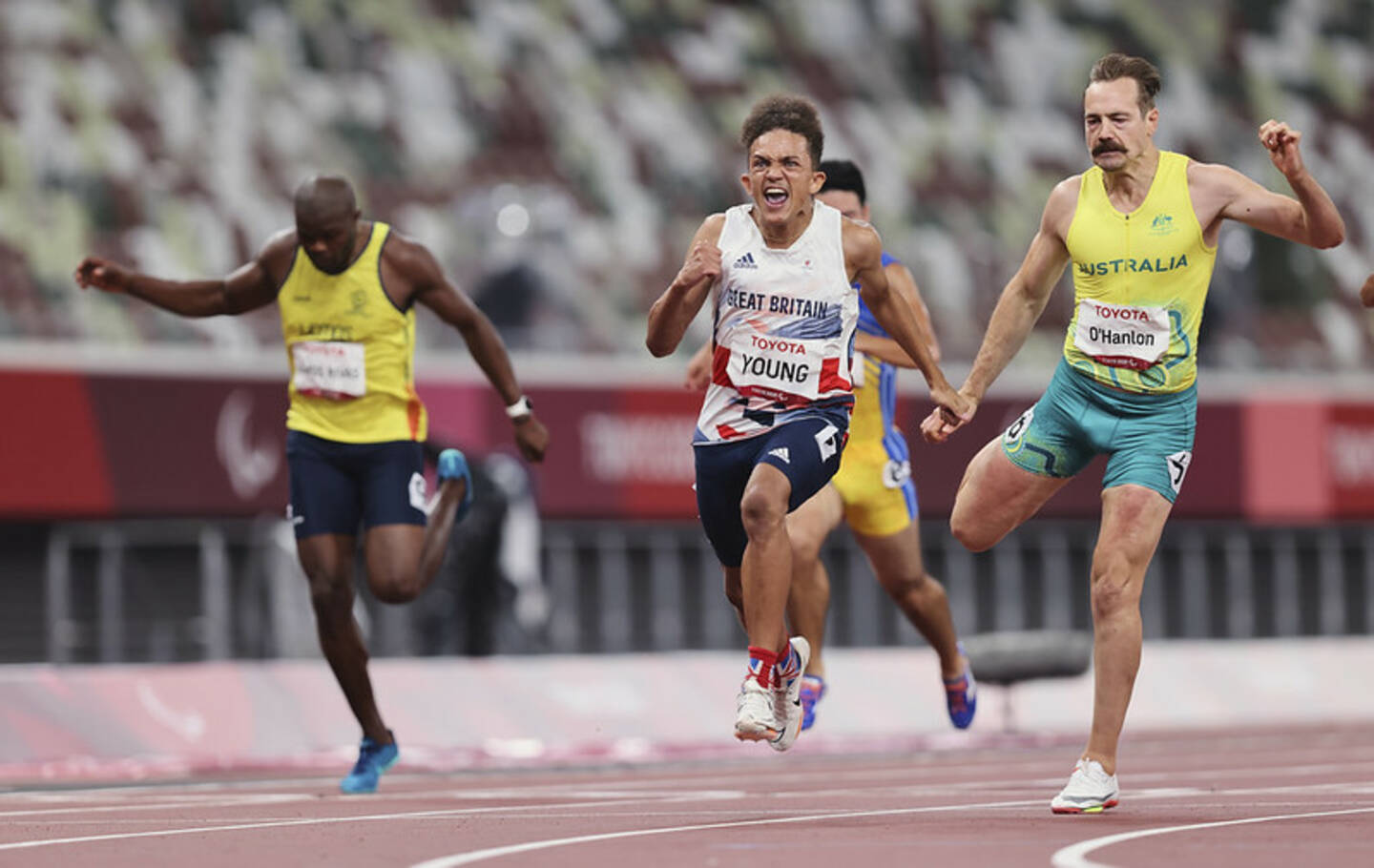 Seven gold medals graced ParalympicsGB athletes, with golden cycling couple Neil and Lora Fachie winning Paralympic titles within minutes of each other, and a second gold in the pool for Maisie Summers-Newton, while it was double T38 100m golds for Sophie Hahn and Thomas Young.

In the velodrome, Neil and Lora Fachie (pictured below) captured the hearts of the nation as they won Paralympic golds within just 16 minutes of each other. Neil and his pilot Matt Rotherham broke their own world record to win gold in the B 1,000m time trial in a time of 58.038. Lora followed suit with her pilot Corinne Hall, retaining their title in the B 3,000m pursuit, while Sophie Unwin and Jenny Holl took the bronze for GB. Kadeena Cox and Jaco van Gass won their second golds of the Games alongside Jody Cundy in the mixed team sprint, sealing the win by just 0.106 seconds over China. 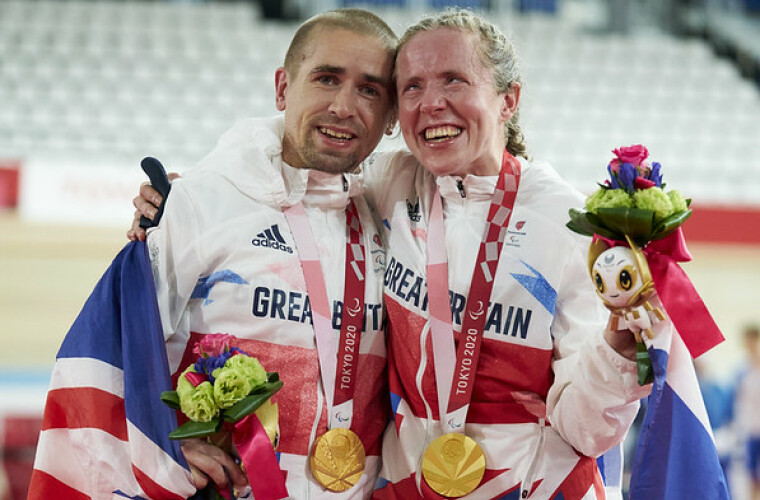 On the track, Thomas Young (pictured above, top photo) and Sophie Hahn scorched to Paralympic sprint titles in the space of just 26 minutes – the first two athletics golds of Tokyo 2020 for ParalympicsGB. Young went sub-11 seconds for the first time in his career as he claimed the men’s 100m T38 title in a European record 10.94 seconds.

In the pool, Maisie Summers-Newton topped Thursday’s success in the pool with another gold medal in the SB6 100m breaststroke final. The S14 4x100m freestyle relay team won the inaugural event as Reece Dunn, Bethany Firth, Jessica-Jane Applegate and Jordan Catchpole set a new world record in a time of 3:40.63 – five seconds faster than their closest rivals, Australia.

Great Britain added another seven golds were added to their tally on day five in Tokyo with a world record broken on the athletics track by Hannah Cockcroft, a historic Paralympic title for the wheelchair rugby team, and golds in rowing, equestrian, judo and triathlon. 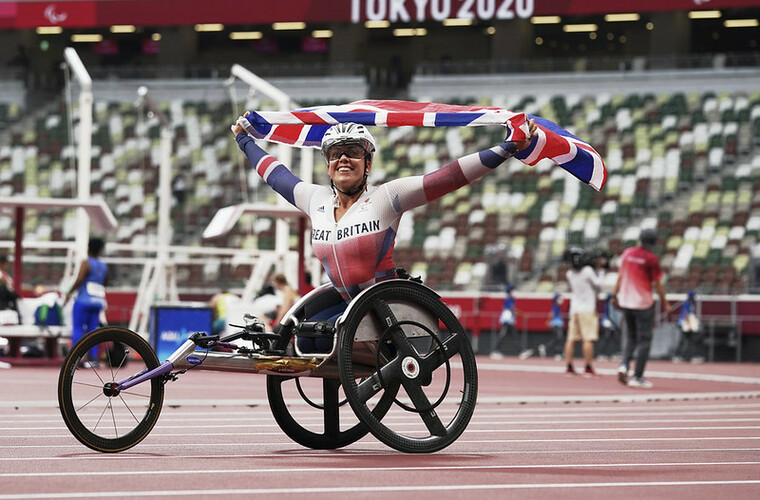 Hannah Cockroft (pictured above) smashed her own world record to win a sixth Paralympic gold medal and lead a British one-two with Kare Adenegan in the women’s 100m T34. Hurricane Hannah blew through Tokyo’s Olympic Stadium at all-time high speed, picking up from the 40-metre mark to win in a time of 16.39 seconds.

Jim Roberts provided the firepower as ParalympicsGB claimed their first-ever wheelchair rugby medal - and it was a gold too. Roberts top scored with 24 tries while Stuart Robinson weighed in with 14 as Great Britain took an early lead against the United States and never let it go, winning the final 54-49. 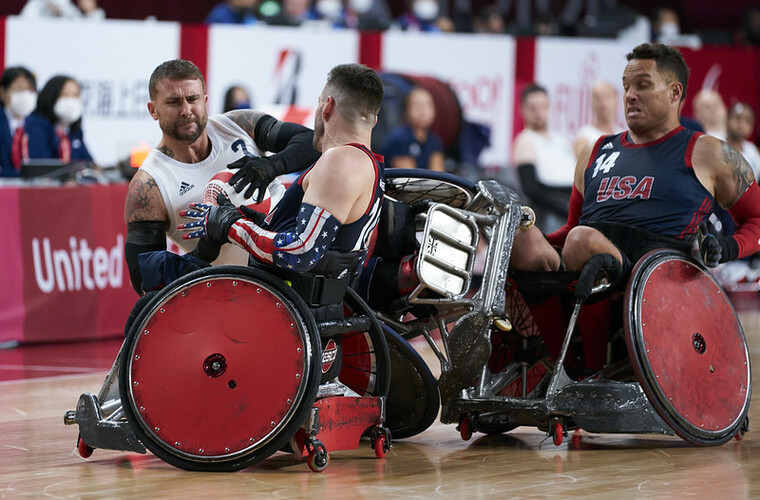 The equestrian team won an unexpected gold in the team dressage event. Despite ParalympicsGB’s pedigree the expectations of getting a gold medal from the team event were minimal heading into Tokyo. Sir Lee Pearson, Natasha Baker, and Sophie Wells clinched gold on Sunday with a score of 75.651% for an overall total of 229.905, beating the Netherlands by just 0.656.

Chris Skelley was in disbelief at becoming a Paralympic champion after an incredible performance saw him claim gold in the men’s -100kg judo. Skelley, who has a visual impairment and is classified as a B2 athlete, finished a heart-breaking fifth in Rio five years ago, but made amends by beating American Ben Goodrich by waza-ari in the gold medal bout in Tokyo. 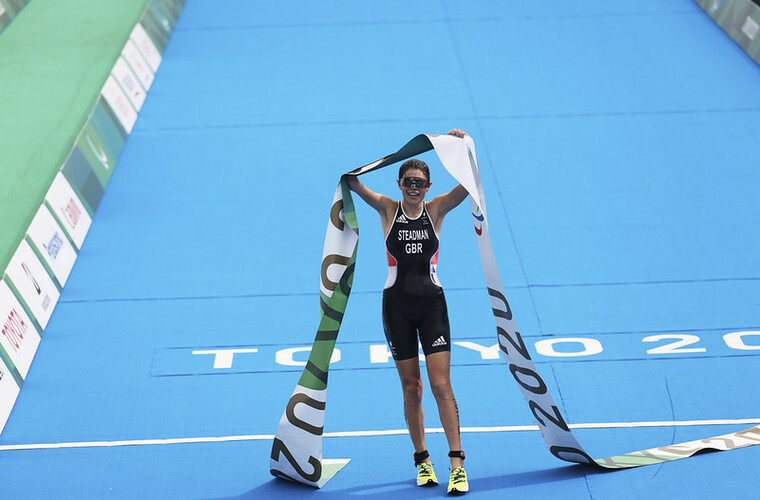 Lauren Steadman (pictured above) put the disappointment of Rio behind her to secure a brilliant triathlon gold. Steadman came home 41 seconds ahead of American Grace Norman in the women’s PTS5 category, while ParalympicsGB team-mate Claire Cashmore, another former swimmer turned triathlete, completed the podium in bronze.