Stellar performance from ParalympicsGB on day eight at Tokyo 2020

ParalympicsGB put in a stellar performance on day eight at Tokyo 2020. Here's a round-up of the medal winning moments from archery, table tennis, boccia, swimming and athletics. 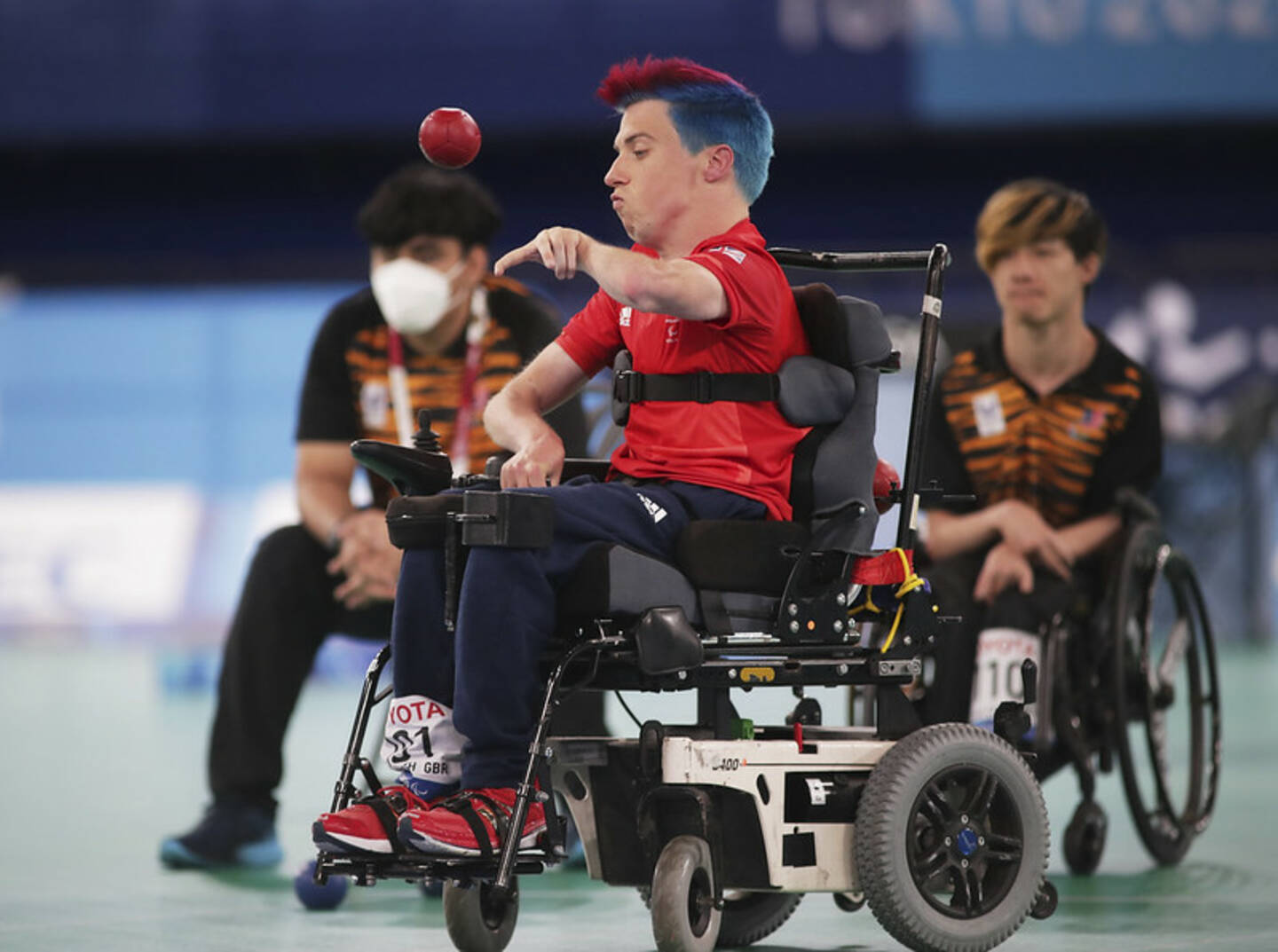 David Smith (pictured above) felt the presence of his late grandfather as he secured an emotional defence of his Paralympic boccia title in Tokyo. Smith beat Malaysia's Chew Wei Lun in a tense thriller, going behind in the opening end before showing his class to secure a 4-2 victory. The win was his fifth medal, having also won team gold in Beijing, and means he overtakes mentor and former teammate Nigel Murray as ParalympicsGB's greatest boccia player.

Rebecca Redfern will bring a silver medal back to her one-year-old son Patrick after a thrilling 100m breaststroke S13 final at the Tokyo Aquatics Centre. The 21-year-old gave birth to Patrick last July and acknowledges that the COVID-19 delay had allowed her to compete at her second Paralympic Games, having also won silver in this event in Rio. Redfern looked like she might claim gold after leading the race at the turn, only for Germany’s Elena Krawzow to chase her down on the second length.

Archer Rumary fires her way to a bronze medal

Archer Victoria Rumary (pictured below) fired her way to a bronze medal on her ParalympicsGB debut in Tokyo. Rumary got the better of United States’ Lia Coryell 131-123 to take the final spot on the Paralympic podium having earlier lost out in the women’s individual W1 semi-finals. A 127-107 defeat to Sarka Musilova ended the British archer’s shot at gold but she bounced back in style in her fourth and final match of a busy day at Yumenoshima Final Field. 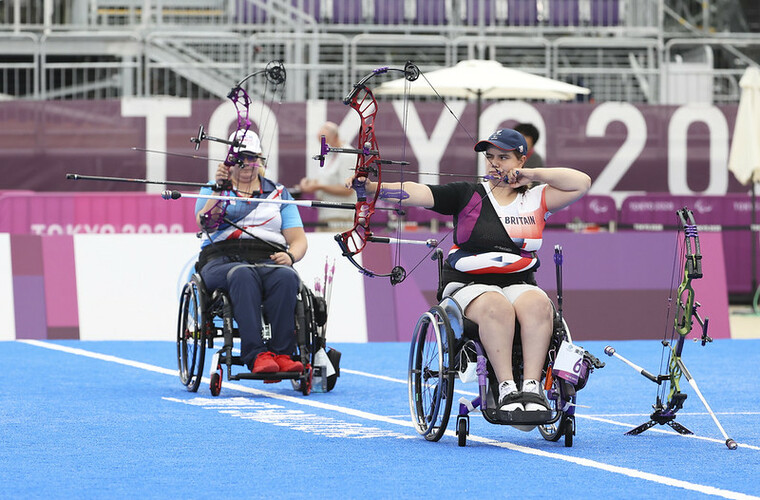 Sammi Kinghorn ended her wait for Games glory with bronze to give ParalympicsGB a first women’s 100m T53 medal since 2004. Kinghorn finished fifth in the event at Rio 2016 and was fourth over 800m earlier this week but wasn’t missing out on the podium this time around, finishing third behind Chinese pair Gao Fang and Zhou Hongzhuan. The 25-year-old, who holds the 200m world record, didn’t get off to the fastest start but picked up speed in the middle phase to clock 16.53 and bag bronze by a margin of 0.37 seconds.

ParalympicsGB won two bronze medals in the table tennis team events at Tokyo 2020. In the men’s class 8, the team of Ross Wilson and Aaron McKibbin were beaten 2-0 by China, losing 3-1 in the doubles before Wilson was edged out 3-2 in the first singles match. As a result, they come away with a bronze, alongside Billy Shilton, who helped the team reach the semi-final stage with his performances against Hungary in the quarter-finals.

It was a similar story for the pair of Sue Bailey and Megan Shackleton, beaten 2-0 in their semi-final against China in the women’s class 4-5. Sue and Megan knew they faced a tough match against a very strong Chinese pair. Tokyo 2020 is Sue’s sixth Paralympic Games and Megan’s debut, and this bronze is a first medal for them both.