ParalympicsGB added a whopping 15 medals today to take the total medal tally to 111, with Emma Wiggs, Jonathan Broom-Edwards and Owen Miller leading the way with gold. Here's a round-up of today's medal winning moments from day 10 at the Tokyo 2020 Paralympic Games. 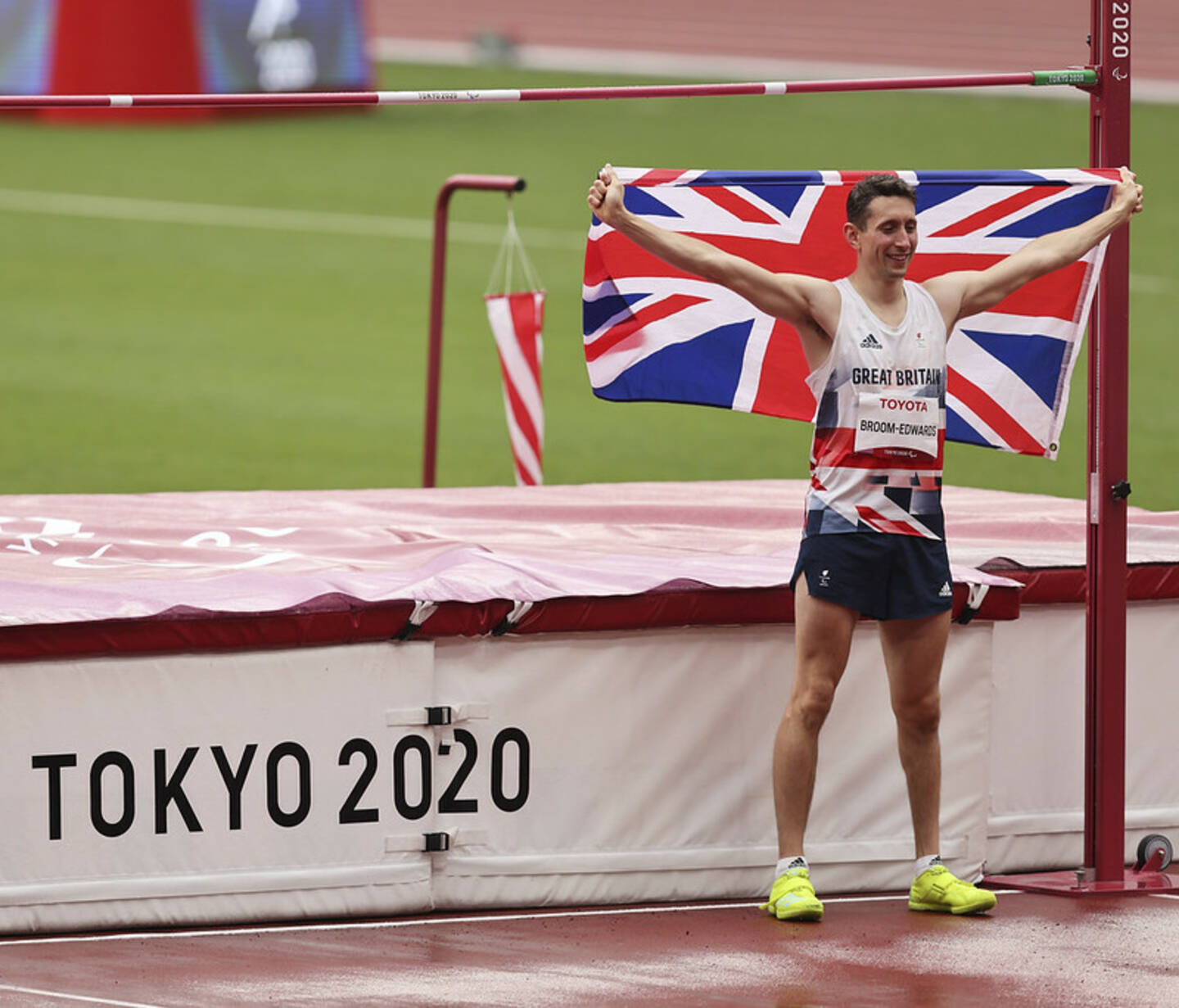 Broom-Edwards beat India’s Praveen Kumar and Poland’s Maciej Lepiato in what turned into a three-way shoot-out for T64 gold by clearing 2.10m with his second attempt. The 33-year-old faced a nervous wait while Kumar sized up his last attempt at 2.10m but he again knocked off the bar to confirm Broom-Edwards as the Paralympic champion.

On the track, Miller won gold in the 1500m T20 with a brilliant last lap. The Scotsman was in fifth position with 400m to go but stayed patient and kicked hard down the back straight to move into second. He hovered on the shoulder of Russian Paralympic Committee’s Alexander Rabotnitskii and overtook him on the last bend before sprinting home to stop the clock in 3:54.57.

Emma Wiggs (pictured below) held her nerve to power to Paralympic gold in the VL2 event and admitted the last five years have taken their toll both emotionally and physically. With one gold in the bag already, she will now bid to defend her KL2 title from Rio on Saturday. 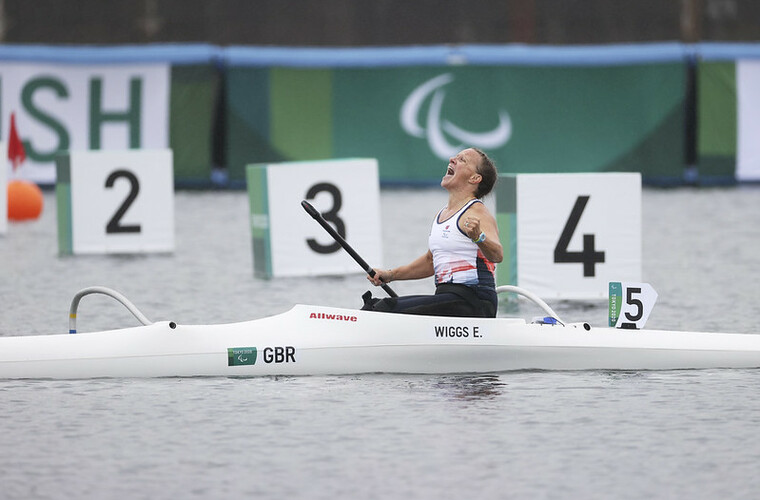 ParalympicsGB team-mate Jeanette Chippington, 51, won a battling bronze to win a medal at her seventh consecutive Games, having first competed as a swimmer at Seoul 1988. While Rob Oliver also made the podium in what could be his final race, winning men's KL3 bronze following a photo finish.

Sophie Unwin and pilot Jenny Holl won silver in the women’s B road race to round-off a hugely successful Games for ParalympicsGB’s cyclists. World champions Unwin and Holl kept up with the leaders around the gruelling Fuji International Speedway course. Ireland’s Dunlevy and pilot Eve McCrystal sprinted away in the final stretch to claim their second gold of the Games, while Unwin pipped the Swedes on the line to add silver to their individual pursuit bronze on the track.

Will Bayley revelled in his sixth career Games medal as he and Paul Karabardak won class 6-7 team silver for ParalympicsGB's seventh table tennis medal of Tokyo 2020. The British duo lost out 2-0 to China’s Yan Shuo and Liao Keli in the gold-medal match but still take home silver, with both adding to their respective individual medals in the competition.

Silver lining for swimmer Clegg as focus shifts to Paris 2024

Stephen Clegg is already turning his attentions to Paris after missing out on Paralympic gold to rival Raman Salei in the 100m butterfly S12. The 25-year-old had already won a pair of bronzes in Tokyo but came into the fly as the world record holder and favourite for gold. Clegg surged into the lead on the final 25m, he misjudged his finish, allowing Salai to come through and take it in 57.81, six hundredths clear of Clegg, but a full second outside the Brit’s world record. 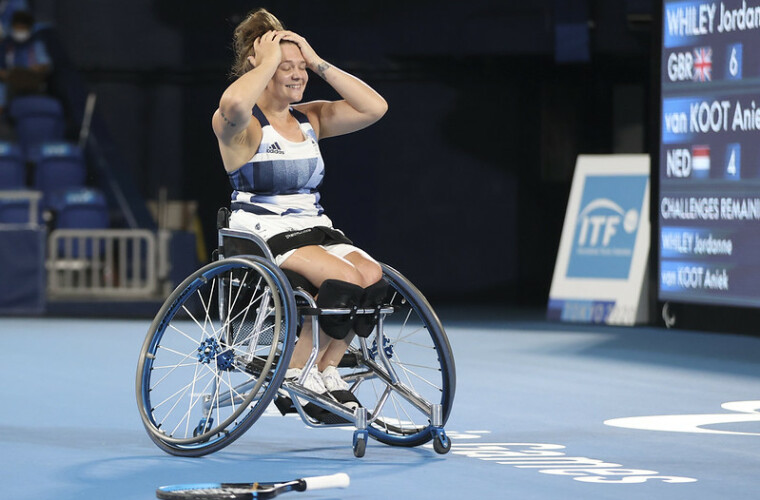 Bronze felt like gold for Jordanne Whiley (pictured above) after becoming the first British wheelchair tennis player to win a women’s singles medal at a Paralympic Games. Whiley already holds two bronze medals alongside Lucy Shuker but now has an individual honour to go alongside doubles success. The 29-year-old has already confirmed that Tokyo 2020 will be her last Paralympics and has made sure she will go out in style with an intense 6-4, 6-7(6), 6-4 win over the Netherlands’ Aniek van Koot.

A dejected Gordon Reid and Alfie Hewett missed out on gold but have another men’s doubles Paralympic silver to celebrate. The British duo were top seeds in Tokyo but missed out 7-5, 0-6, 7-6(3) to Stéphane Houdet and Nicolas Peifer in a repeat of the Rio 2016 Paralympic final.

Beth Munro stormed to a sensational silver in just her second international competition to become ParalympicsGB’s very first medallist in taekwondo. Munro took her place on the K44 -58kg podium after Denmark's Lisa Gjessing's experience proved to be the difference, winning all three rounds with a total scoreline of 32-14 in the gold-medal contest. Munro’s silver secured ParalympicsGB a medal in a 16th different sport at Tokyo 2020 – the first time the feat has been achieved by any nation in one single Games.