ParalympicsGB rewrote the history books at the Tokyo 2020 Paralympic Games after a phenomenal medal haul during the final two days of competition saw the team reach the podium in more sports than any other nation at a single Games. 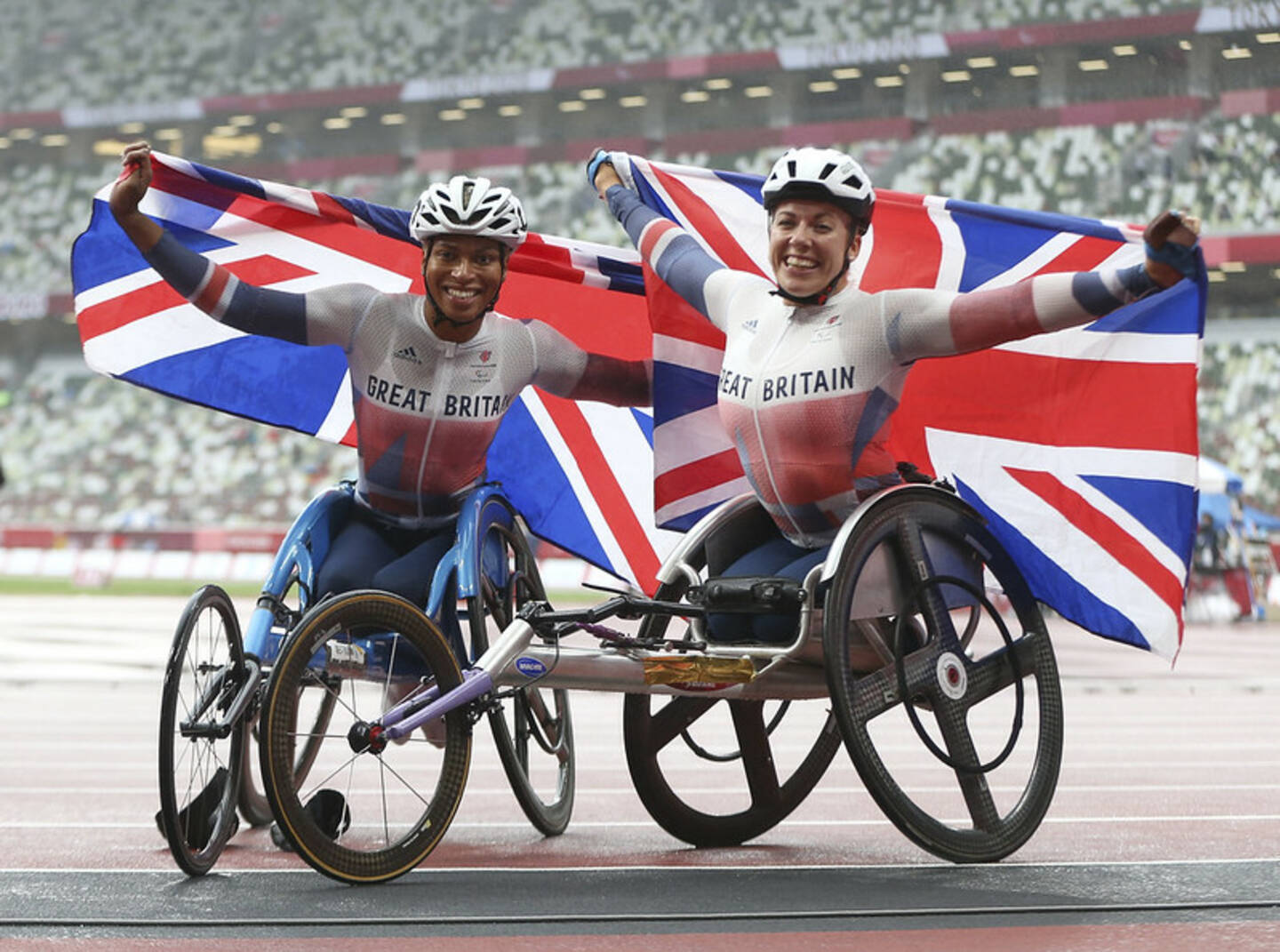 The British team won medals across 18 sports and finished second behind China on the medal table with 124 medals overall, including 41 gold, 38 silver and 45 bronze.

"I am so proud of what all of our 226 athletes here in Tokyo have achieved over the last 12 days of competition. To finish second on the medal table, with more medals overall than the total number we won at our home Games in London nine years ago, is a fantastic achievement.

"The performance of the athletes will live long in the memory and their impact will transcend these Games – inspiring the next generation, giving hope and happiness, and positively influencing change through what they have delivered on and off the field of play."

Multiple Paralympic champion and Tokyo 2020 boccia gold medallist David Smith was honoured to be announced as flagbearer for the British team at the Closing Ceremony of the Tokyo 2020 Paralympic Games on Sunday 5 September.

A popular character on and off the boccia court, Smith defended his boccia BC1 title from Rio 2016 with a thrilling 4-2 win against Malaysia’s Chew Wei Lun in the BC1 competition. The win was Smith’s fifth Paralympic medal and meant he surpassed mentor and former team-mate Nigel Murray’s medal haul to become ParalympicsGB’s greatest boccia player of all time. 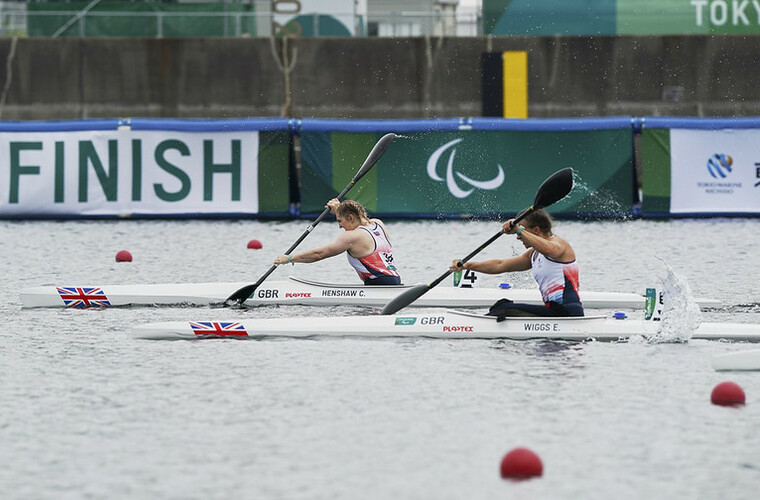 Charlotte Henshaw (pictured above) and Laura Sugar struck canoeing gold as ParalympicsGB signed off from the Sea Forest Waterway with more success on the water. Henshaw led home a British 1-2 in the women’s KL2 final, beating teammate Emma Wiggs (pictured above) to the line by just over half a second. It was also sweet morning for Sugar, who dominated the final of the KL3 to take gold in a Paralympic best time. The 30-year-old executed the perfect plan after winning in 49.582 seconds – a new personal best.

Aled Davies (pictured below) won his third consecutive Paralympic gold after an imperious display in Tokyo. The 30-year-old successfully defended his shot put F42 title from Rio 2016 with a 15.33m throw in the fourth round, adding to the discus F42 gold he won at London 2012. 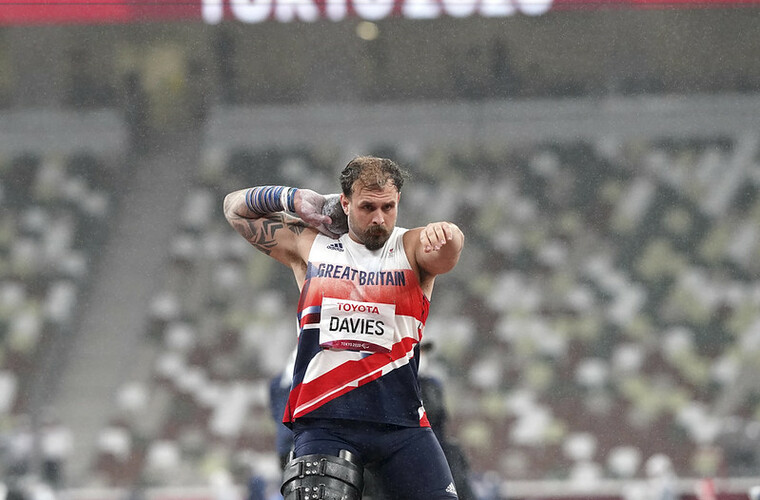 Great Britain’s men’s wheelchair basketball team win a valiant bronze medal in Tokyo 2020. Gaz Choudhry was hailed for his leadership and vision after stepping up to take on the role of player-coach after Haj Bhania tested positive for Covid-19 before flying out to Tokyo. The 36-year-old Choudhry has been a key part of the team since making his international debut in 2009 and won bronze in Rio five years ago – but this was his greatest achievement. After the disappointment of a semi-final defeat to hosts Japan, ParalympicsGB overcame Spain to claim the final spot on the podium with a 68-58 victory at the Ariake Arena. 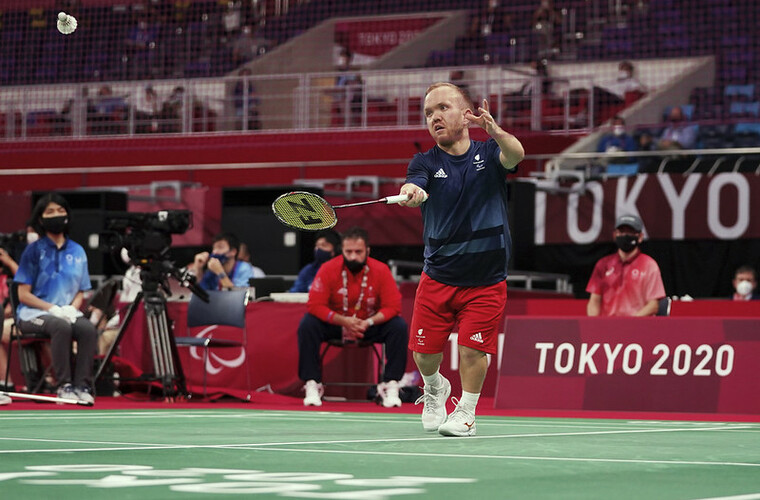 Krysten Coombs (pictured above) celebrated a dream come true after fighting from a game down to win badminton bronze – ParalympicsGB’s 124th and final medal of a memorable Tokyo 2020. The 30-year-old trailed after one game of the bronze-medal match but rallied thereon to beat Brazil’s Vitor Goncalves Tavares 12-21 21-10 21-16, taking the final spot on the men’s SH6 podium. That result, combined with Dan Bethell’s SL3 silver yesterday, means the four-strong British team have won two badminton medals on the sport’s Paralympic debut in Japan.

Relive all the best moments from ParalympicsGB at Tokyo 2020 here