Staff from York St John University support Goalball team on their path to the Paralympic Games. 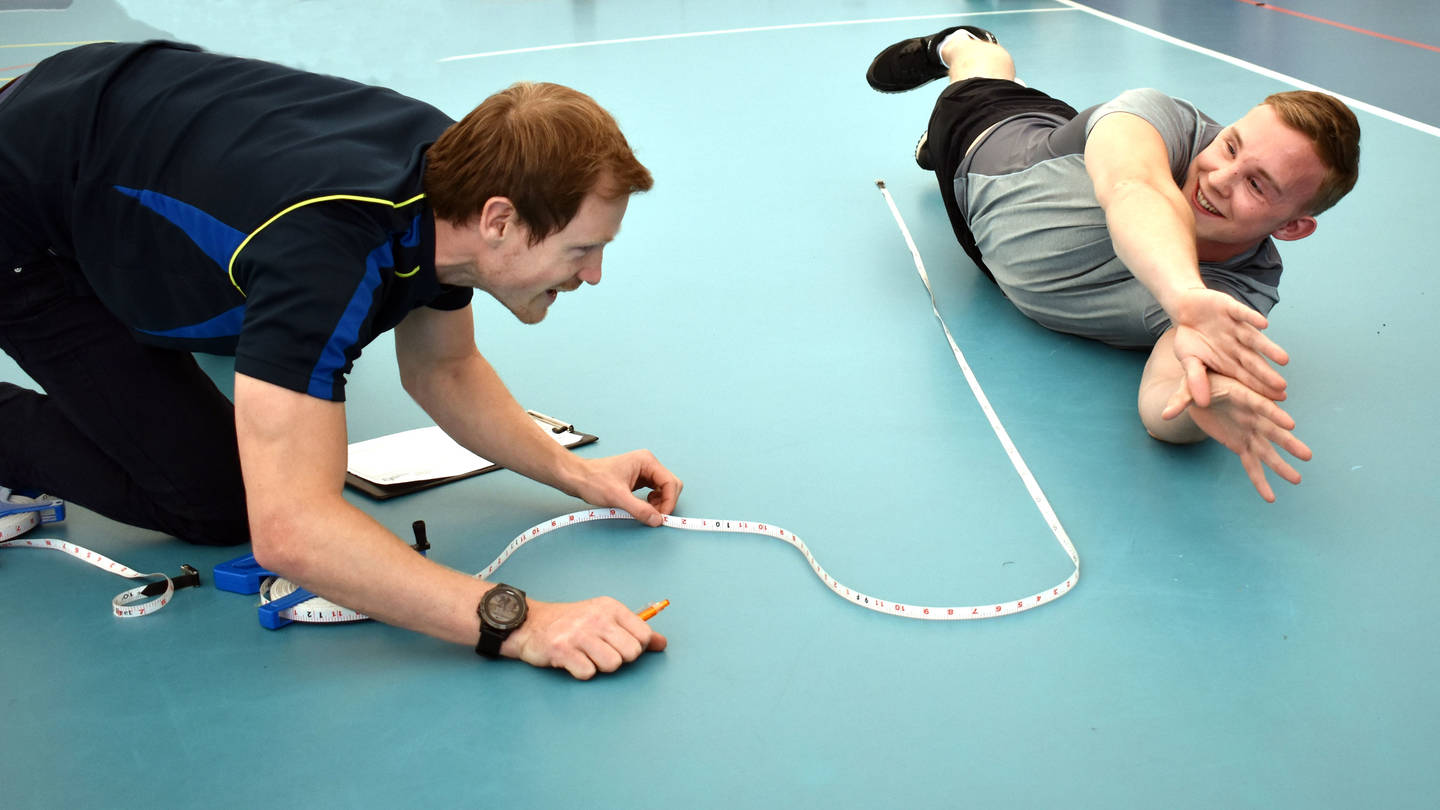 The GB Men's Goalball squad have launched their first conditioning programme in partnership with York St John University this week. The para-athletes arrived at the Sports Campus on Haxby Road on Monday 2 September to do some testing as they embark on a rigorous training regime.

“We are hoping to take our strength and conditioning provision to the next level and our partnership with York St John will help us to do that. Goalball UK want two teams at the Paralympic Games. The women’s squad have another shot at Tokyo, but long term we want two teams at Paris 2024, taking on the best in the world. The strength and conditioning provision that we’ve got here is a massive step towards being able to compete with the big teams.”

Goalball is an indoor, 3-aside team sport, of attack and defend – with a unique twist. The sport was originally devised in 1946 to help rehabilitate soldiers who had lost their sight during the war. It has been played throughout the world ever since, at the highest level, by people who are blind or partially sighted.

“I got into it through a visually impaired teacher who introduced me to my local club in Manchester. I had a go and loved it from there."

The 26 year old lost his sight following a car accident three years ago. Josh explained a little more about the sport:

“It’s a bit like handball, with a ball the size of a basketball and you can block with your legs and feet. Everyone’s under eyeshades, so you track the ball with your hearing as it’s got bells in it. I can only describe it like jingle bells, so every time the ball comes down the pitch it’s like Christmas.”

And while the squad were clearly enjoying the training session, the scale of their ambition is clear:

“I think Paris is something that’s definitely within our grasp, especially with the time and all this training. There’s a really big drive to get there to Paris and do the job for the country.”

It was the first time the players got to meet the team from York St John who will be working with them on their path to Paris.

Lecturer in Coaching Science Jamie Salter said it was a privilege to assist them:

“It’s really exciting to get to work with the GB squad, and from a personal point of view it’s a completely different experience too. We come from football and rugby backgrounds and have a lot of experience of working in those fields: so to be applying all our principles of strength, conditioning and sports therapy to a group in a specialised field like this is a challenge and it’s exciting”

York St John plays host to the Goalball UK Conference 2019 this weekend (7-8 September). More information about the sport can be found on the Goalball website.