The LTA, the governing body for tennis in Britain, has announced the four players who will represent Great Britain at the second ever World Deaf Tennis Championships in Turkey later this week. 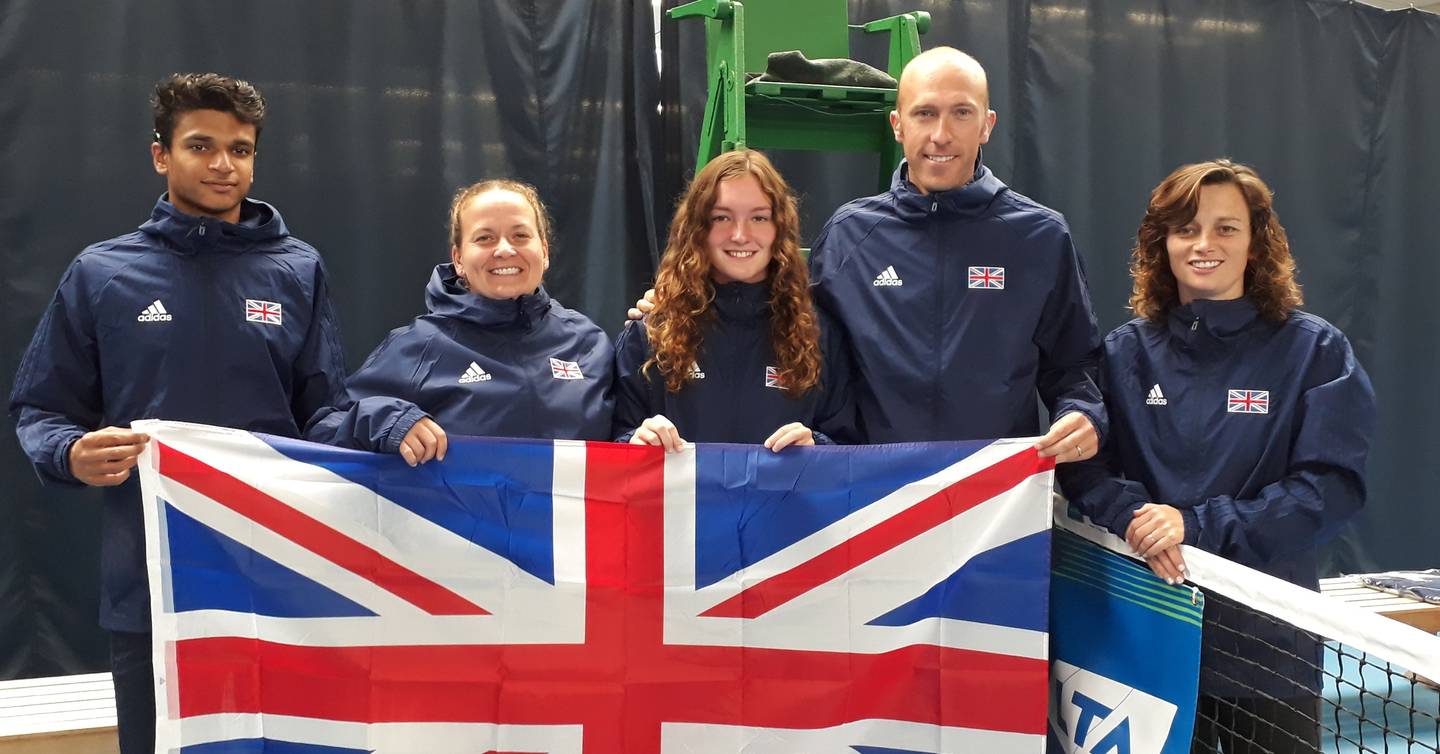 Taking place from 12-19 October in Antalya, Turkey, the Championships will see players from 18 countries battling it out across singles, doubles and mixed doubles events in a bid to win medals on behalf of their nation.

Sanctioned by the International Committee of Sports for the Deaf (ICSD), the first Deaf Tennis Championships took place in Nottingham in 2015. Designed to enhance the existing calendar of major international deaf tennis events, which includes regional championships in Europe, AsiaPacific and the PanAmericas, as well as the Dresse and Maere Cups. The event serves to increase the number of elite competitive opportunities for deaf players across the world.

Accompanied by Head Coach Catherine Fletcher and supporting coach Andrew Graham, the following players have been selected to represent Great Britain at this year’s event:

Speaking about his selection, 17-year old Esah Hayat – who won gold in the Boys’ singles at the last World Deaf Championships in 2015, commented:

"I’m a lot more confident that I can play at the level of all the other top senior players this year. The last World Championships were really good, but this time I will have the experience from Nottingham to draw on and I will be even more prepared. Lewis and I are a much better doubles pair than I could have ever expected and I believe we can beat anyone. We will be going for gold in Turkey. We played really well last year at the Dresse Cup and we’ve been able to practise even more this year, too."

16-year old Pheobe Suthers, who won bronze at the last Championships in 2015 added:

"I’m very much looking forward to this year’s World Championships and I think it will be another amazing experience. Hopefully I will be able to bring a medal home for GB again, but it will be tough. It’s been a roller-coaster journey since the 2015 Worlds. There have been many ups and downs, but I’ve managed to bring myself up and fight the downs to get in the secure position that I’m in now. I’ve learnt that tennis is about dedication and never giving up."

Lewis Fletcher, who also competed at the World Championships in 2015 and partnered Hayat to win the silver medal for Great Britain at the 2018 Dresse Cup, said:

"I am very pleased with my recent performances at the National Championships alongside my partners Esah and Phoebe. I really believe if we play the way we are we have high hopes of medals in Turkey. Esah and I set the benchmark last year at the Dresse Cup World Team Championships, winning the silver medal, so I see no reason why we can’t continue that success and go one better at the Worlds."

Valerie Copenhagen, who contested her first major international event at the World Championships in 2015 added:

"I can't believe it has been four years since my first ever international tournament. I've worked so hard to get to where I am, both on and off court. It is such a special opportunity to represent GB again and I'm really looking forward to it. I want to do the best I can with the draw I have and leave everything on court. I can't wait to play with Phoebe in the doubles - our practices have gone really well and she is so lovely to play alongside."

"After the success we enjoyed in Nottingham four years ago I’m really excited to head out to Turkey with our four-strong team for the second ever World Deaf Tennis Championships. The team have all gained valuable international experience over the past few years and we’ve had significant medal success at recent championships. We have a great blend of youth and experience and I hope we will return home successful."

Visit the LTA website for more information about opportunities to play tennis.

For updates and results throughout the Championships, head to the LTA’s Deaf Tennis Facebook page or keep up to date via the World Deaf Tennis Championship’s official website.