Brits Alfie Hewett and Gordon Reid booked their places in the men’s wheelchair singles semi-finals on Wednesday at the Australian Open. As Andy Lapthorne also earned his first match win as world No.1 in quad singles. 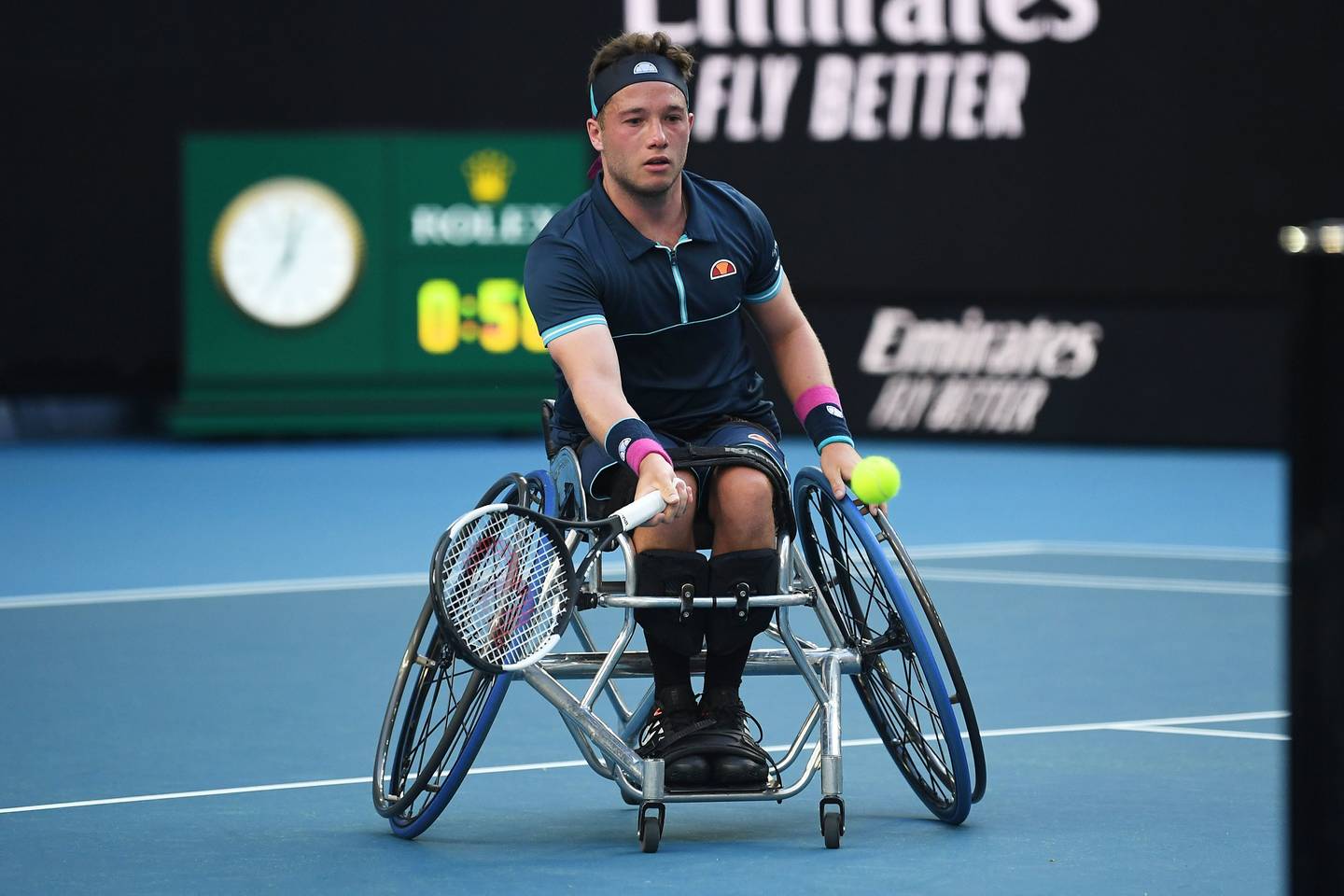 Meanwhile, on a largely good day for players on the LTA’s GB Wheelchair Tennis World Class Performance Programme, with three wins from four matches, Jordanne Whiley put up a fine effort in defeat against women’s world No.2 Yui Kamiji.

Reid ended the Australian Open title defence of Argentina’s world No.2 Gustavo Fernandez 6-3, 6-7(3), 6-2 to set up a semi-final against Belgium’s world No.4 Joachim Gerard. The same player Reid beat in the 2016 Australian Open final as the Brit won his first career Grand Slam singles title.

With Hewett and Reid in opposite semi-finals, there is the potential for an all-Brit men’s singles final later this week. After his quarter-final victory, Reid said:

“I’m very pleased with the performance and result today. I served and returned well for the majority of the match and managed to impose my style, which is important against Gustavo. I’m looking forward to another opportunity tomorrow against Gerard.”

World No.3 Hewett sealed his first ever singles win at the Australian Open as the two-time US Open champion beat world No.5 Stephane Houdet of France 6-3, 6-4.

Playing in the first wheelchair match of this year’s Australian Open to be staged on a show court, Hewett earned breaks at either end of the first set and took the last two games of the match on Margaret Court Arena to secure a semi-final on Thursday against world No. 1 Shingo Kunieda of Japan.

Hewett, who came into the Australian Open having already reached back-to-back singles finals this season, said:

“I’m very happy with that outcome. I thought I came out serving strong and returned well the whole match. I enjoyed being out on a show court, with such prestige to its name. It’s great to see wheelchair tennis getting the recognition and to be competing on those sorts of arenas. I loved every second being out there and I’m excited to head into tomorrow’s match against Shingo.”

Three-time Wimbledon and US Open champions Hewett and Reid also begin their men’s doubles title bid on Thursday when they face Fernandez and Kunieda.

Lapthorne’s first match as world No.1 in the quad singles rankings saw the 29-year-old US Open champion beat world No.3 David Wagner 6-3, 7-6(6) in the first of his three round-robin matches at Melbourne Park.

Lapthorne succeeded Australian Dylan Alcott as world No.1 on Monday and will now play Alcott in his second round-robin match at Melbourne Park on Thursday.

Lapthorne and Wagner also team up on Thursday as they take on the Australian duo of Alcott and Heath Davidson for the quad doubles title, with the Anglo-American partnership going in search of a fourth Australian Open title together. The final  is the last contest scheduled on Margaret Court Arena.

Whiley produced her best performance against world No.2 Kamiji since launching her comeback to international wheelchair tennis last February after maternity leave. The British No.1 and world No.5 battled back from 5-3 down in the second set to force a tiebreak and saved four match points, including two at 6-3 down in the tiebreak, before Kamiji sealed a 6-2, 7-6(5) win.

Whiley, who partners Kamiji in the women’s doubles semi-finals on Thursday as the duo begin their quest for a tenth Grand Slam title together, said:

“I played some really good tennis today, but that’s the frustrating part. I had so many missed opportunities.”

For news and updates from the Australian Open wheelchair tennis draws and the fortunes of the Brits follow on Twitter @the_LTA and @WChairTennisGB and on the LTA website.