Birmingham has been selected as the host of the 2023 IBSA World Games, a multi-sport event for blind and partially sighted athletes. 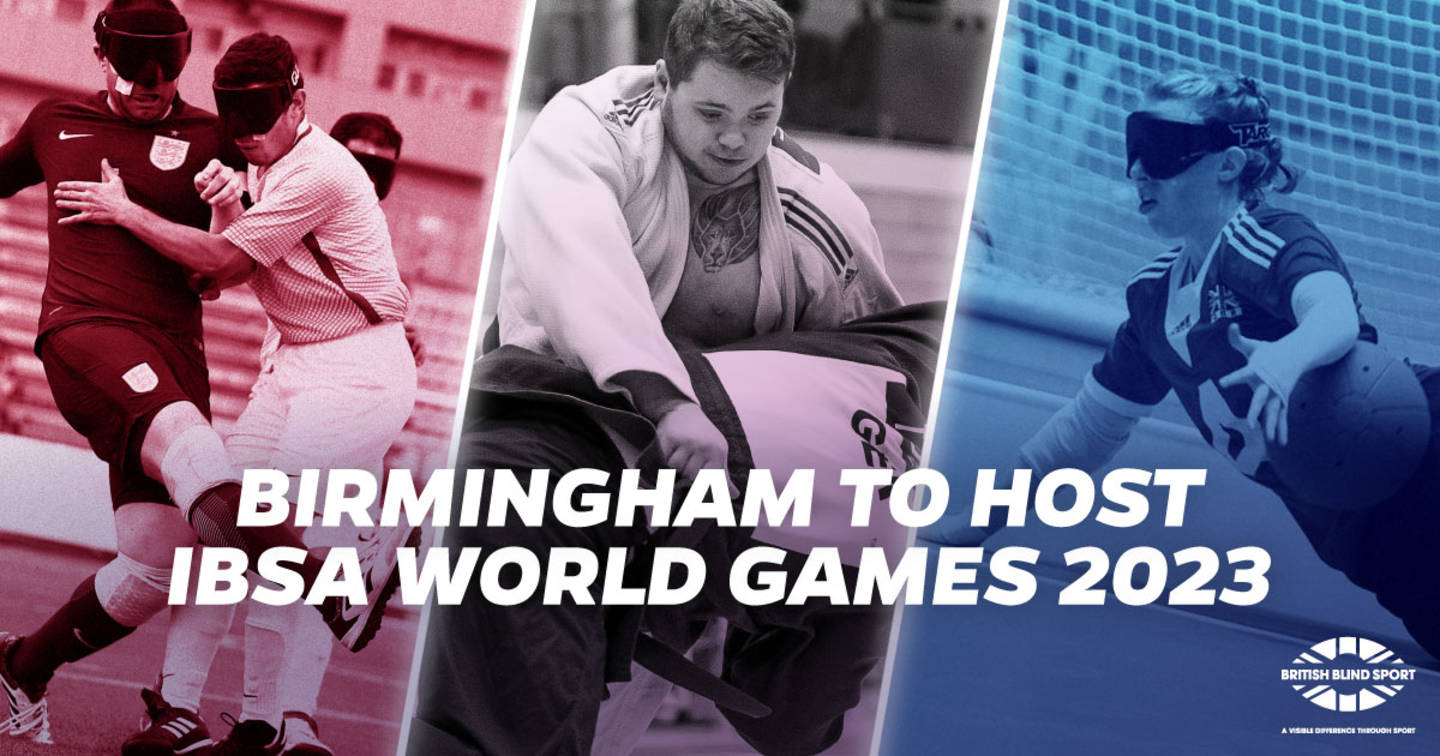 The Games, due to take place from 18-27 August 2023, will be held at the University of Birmingham, across the Edgbaston area and wider region.

The IBSA World Games are the largest high-level international event for athletes with visual impairments, with more than 1000 competitors from more than 70 nations.

Staged every four years the World Games are the pinnacle of the international calendar outside of the Paralympic Games. With three Paralympic and eight non-Paralympic sports, for some athletes it is the highest level they can compete at.

There are over two million people in the UK living with sight loss, with over 28,000 people from the VI community resident in Birmingham.

“As the IBSA affiliated organisation representing Great Britain, we are delighted to have been selected to host the 2023 IBSA World Games. This is really an immense opportunity for us and all stakeholders to showcase an amazing sporting event for visually impaired people from across the globe. Our choice of Birmingham as the host city put us in great position, showcasing to the host selection committee a city that is vibrant, inclusive and welcoming.

“The whole team at British Blind Sport are delighted with the outcome and cannot wait to raise the profile of sport for people living with sight loss, as well as the aspirations of the participating athletes.

“A huge thank you to all those who supported us to submit such an impressive bid, particularly the teams at MLS Contracts, the University of Birmingham and UK Sport.”

“We are confident that Birmingham 2023 will contribute towards our goal of being the world’s leading body for sports for athletes with visual impairments.

“That is why in three years’ time we hope to raise the bar for the IBSA World Games. We want athletes to have the best platform for their skills, as well as ensuring as many people as possible can experience the sports for themselves.

“We are excited to work with the team at British Blind Sport in reaching our common goals and making 2023 a really memorable year.”

“We are delighted Birmingham has been announced as host city for the 2023 IBSA World Games. Sport is for everyone and so to have world class athletes in such a diverse range of sports coming together promises to create a truly inspirational event.

“At a time when sport is facing such unprecedented challenges, this news brings a welcome boost to the major events landscape and provides the UK with a fantastic new event to look forward to. We look forward to working with all partners to host a world class competition for the athletes, the local community and the nation.”

“I am delighted to hear that Birmingham has been chosen to host the 2023 IBSA World Games. The University of Birmingham has a long and proud sporting tradition and an enviable track record in hosting world-class sports events, including the British Transplant Games in 2018.

“The IBSA Games will be another opportunity for us to demonstrate our deep commitment to diversity and inclusion through sport, and to showcase the world-class sports facilities enjoyed by our staff and students, as well as the wider community.

“We look forward to welcoming athletes to our beautiful Edgbaston campus, along with team members, officials and supporters; and to giving them a truly immersive and holistic Games experience.”

“The announcement of Birmingham as host city for the 2023 IBSA World Games is great news for us and underlines our credentials as an inclusive and international sporting city.

“We have a strong track record for welcoming athletes from all over the world for events in Birmingham, with the knowledgeable and enthusiastic crowds and the warm welcome from our citizens always regarded highly by those who come here.

“I look forward to working with the organisers and want to congratulate all of those involved with the successful bid – and offer thanks to the other candidate cities who helped us raise our game to win this contest."

British Blind Sport - based in Leamington Spa, British Blind Sport is the national disability sport organisation that represents visually impaired people in sport across the UK. BBS encourage adults and children to participate in activities at all levels, from grassroots to the Paralympic Games.  For more information about the event and British Blind Sport please contact chiefexec@britishblindsport.org.uk

The University of Birmingham – ranked amongst the world’s top 100 institutions, its work brings people from across the world to Birmingham, including researchers, teachers and more than 6,500 international students from over 150 countries.

The state-of-the-art Sport & Fitness club opened on the University of Birmingham campus in 2017, featuring Birmingham’s first 50m pool, 6 glass back squash courts, 200-station gym, 10m climbing wall and more. It will host the Judo competition in its 2000m2 indoor sports arena and B1 Football on the new outdoor pitches. Archery will take place in the Green Heart, a striking parkland measuring over 12-acres, with views across the whole campus. Chess matches will occur in the Great Hall, which is the University of Birmingham's most prestigious venue, located in the original, late-Victorian red-brick buildings that date from the early 1900s.