Elite parasport will return to the nation’s screens at the beginning of September for the first time since lockdown after the LTA announced the staging of a behind closed doors series for Great Britain’s leading wheelchair tennis players at the National Tennis Centre. 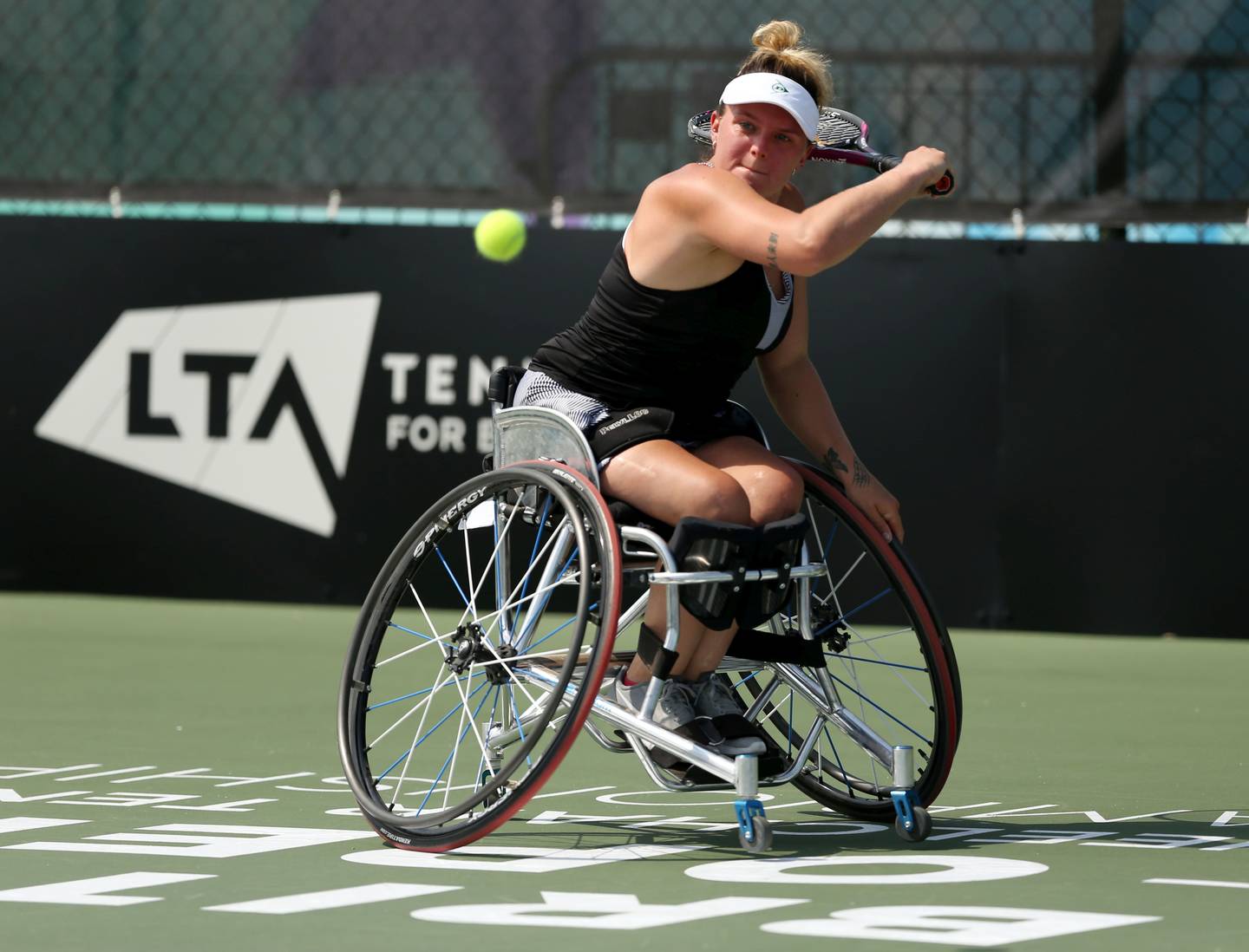 Four of Britain’s contingent set to compete at the US Open next month will be among the players taking to the court for a two-day match play event on 1-2 September featuring Great Britain’s top three ranked men and women, with all the action streamed live on the BBC iPlayer and BBC Sport website and app and LTA digital channels. The BBC Red Button will also show most of the action across both days.

The ‘LTA Wheelchair Tennis Series’ has been developed to provide opportunities to Britain’s players to get crucial match practice under their belt ahead of the wheelchair draw at the US Open and the resumption of the ITF Uniqlo Wheelchair Tennis World Tour, and to showcase the sport to fans.

Taking place during what would have been the original dates of the Tokyo Paralympics, the LTA Wheelchair Tennis Series marks one year to go until the first of the medals will be decided at the rescheduled Games in Japan.

The series is a continuation of events the LTA has staged and supported at the NTC to help prepare Britain’s elite tennis players for a return to competition, demonstrating the inclusive nature of the sport with opportunities covering both women’s and men’s tennis and now also wheelchair tennis.

New York-bound Alfie Hewett and Gordon Reid will be competing in the men’s series alongside Dermot Bailey, with fellow Grand Slam hopefuls and Paralympic medalists Jordanne Whiley and Lucy Shuker being joined in the women’s draw by Louise Hunt.

“We are proud that tennis is leading the way in the return of elite disability sport, and are delighted to be partnering with the BBC to showcase wheelchair tennis to sports fans across the country. Great Britain has had tremendous success in wheelchair tennis in recent years and the LTA Wheelchair Tennis Series will be vital in helping our players prepare for their return to international competition, including at the US Open next month.

“It also promises to be a great platform to help raise awareness of tennis as a sport for disabled people. Tennis by its very nature is an inclusive sport that can be played by anyone, and that is at the very heart of the LTA’s vision of tennis opened up.  Our disability tennis programme at both a grassroots and elite level has been thriving, and staging these events demonstrates our determination to continue to build on this”.

Defending US Open singles and doubles champion and world No.3, Alfie Hewett, said:

“I can’t wait to get back out playing matches again after what has been a really challenging time for so many of us the last few months. I think all the players are grateful to the LTA putting on this event to give us some match practice heading into the US Open, where I personally always love playing.”

The return to competition at the NTC is the culmination of a programme of activity that has seen players on the LTA’s Wheelchair Tennis World Class Programme supported throughout lockdown with the provision of home training equipment and continued funding, followed by a gradual return to training and a testing and informal competition session at Loughborough University earlier this month.

A quarter of the athletes competing at the US Open wheelchair tennis event across the men’s, women’s and quad draws are British, with defending quad singles and doubles champion Andy Lapthorne joining Hewett, Reid, Whiley and Shuker in challenging for honours.