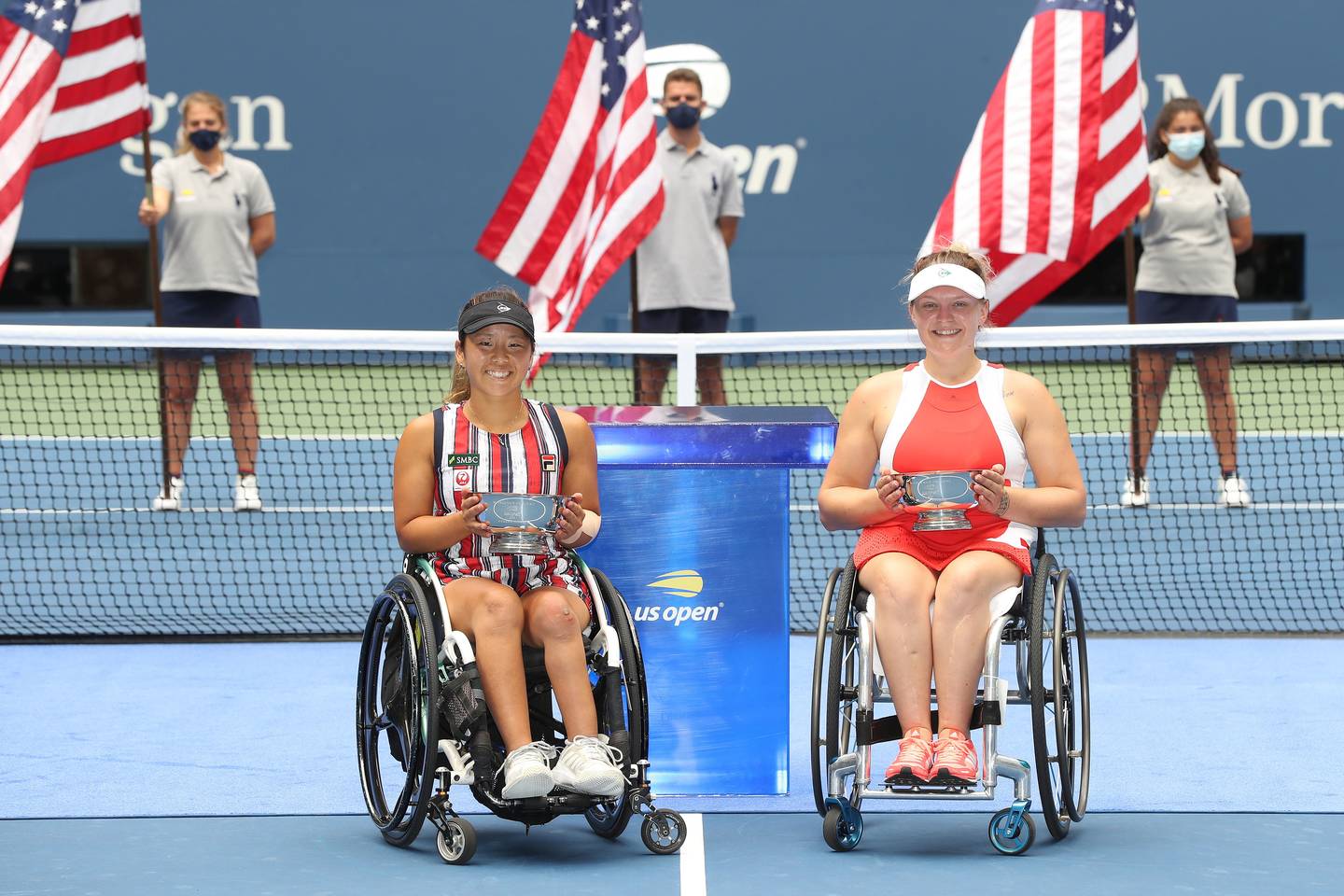 Whiley’s victory means that players on the LTA’s Wheelchair Tennis World Class Programme complete the US Open with three titles after Alfie Hewett narrowly missed out on earning a third successive men’s singles title after a final set tie-break.

Whiley and Kamiji earned the initiative to take a 3-1 first set lead and continued to pressurise Buis and De Groot to take the opening set. However, the Dutch duo made a much brighter start to the second set and gained their own 3-1 lead. But Whiley and Kamiji regained the momentum to close out their 11th Grand Slam doubles title together.

"It feels like a very different title given the situation we are in, but I think we should be really pleased with what we’ve done and I was really pleased with how we played, particularly in the second set. And it’s really nice to be back on court with Yui, to be honest.

"Yesterday’s semi-final was a much different match and we were pretty relaxed, but I was quite nervous today, purely because we haven’t played Marjolein and Diede as a team that much. But once I got into the match and we got the first set in the bag then I felt a lot better."

With Whiley able to engage with her family back in Britain thanks to the interactive fans’ screens on Arthur Ashe Stadium, she added:

"It was really emotional to see Jackson (Whiley’s son) as I’ve only seen him a few times over FaceTime and I’ve missed him so much. So I really loved that touch we players have been given and he’d written me a little sign, so to be able to share that moment with him and my fiancé Marc was very special."

Alfie Hewett made a tremendous attempt to retain his men’s singles title as he took on world No.1 Shingo Kunieda of Japan. The player he beat in the 2018 final at Flushing Meadows to win his first US Open singles crown.

Renowned for staging comebacks on the biggest of stages, Hewett battled back from 4-1 and 5-2 down to lead Kunieda 6-5 in the final set. But despite the world No.3 getting to within two points  of the title, it was world No.1 Kunieda who went on to complete a 6-3, 3-6, 7-6(3) win for his seventh US Open title.

"I gave it all I could today and after coming back as I did, I’m really disappointed not to be able to take the title again. I could almost taste it, but Shingo was the better player on the day. I don’t think there was much between us, but I just want to say thank you to everyone back home for all their support, it’s really helped to keep me going and I’m still proud to have got to two finals again and to be coming home with the double title."

Aside from Whiley, Hewett and Reid’s doubles titles, Saturday’s penultimate day of competition also brought a fourth successive quad doubles title for Andy Lapthorne. His second with Australian Dylan Alcott as they claimed a deciding match tie-break against Sam Schroder of the Netherlands and David Wagner of the USA.

"Congratulations to all the Brits playing this week. Alfie and Gordon’s success in the men’s doubles, Andy’s win in the quad doubles, and Jordanne’s win in the women’s doubles shows the strength in depth we have in British wheelchair tennis."

To find out more about the LTA’s work and tennis opportunities for disabled people, visit the LTA website or email disabilitytennis@lta.org.uk.