Blog: “Sport gives me a sense of achievement”

Activity Alliance features a blog post every Friday. This year we have been sharing experiences of disabled people involved in sport and exercise at all levels. Today, we continue this theme and hear from GB triathlete Lizzie Tench on how being active has enriched her life. 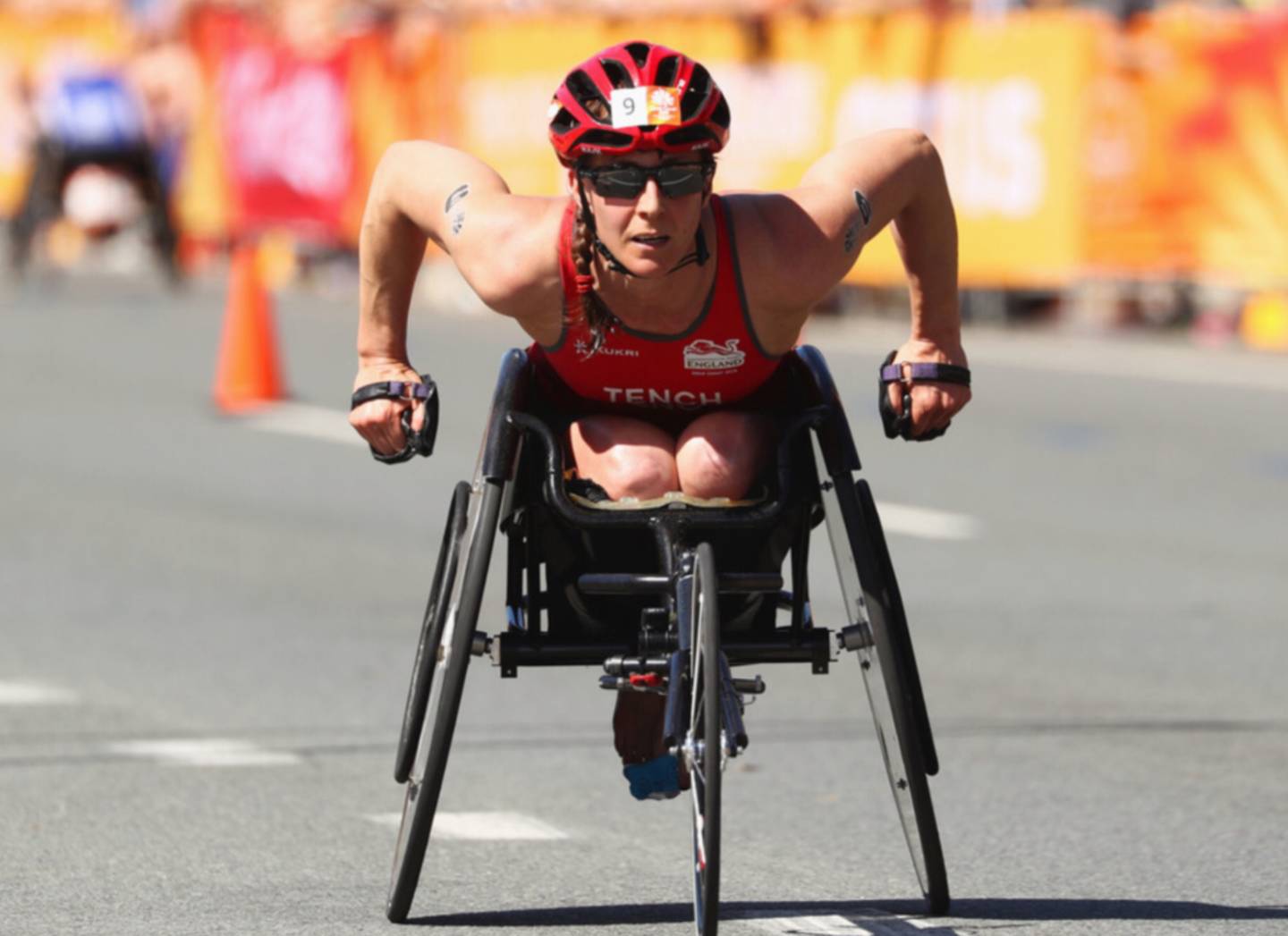 Hi, my name is Lizzie Tench, I’m 44, live near Chester and I am paraplegic due to having a spinal cord injury. I was a cyclist hit by an overtaking car towing a trailer in 2012.

I am a para-triathlete and competed for Great Britain from 2014-2018, and for Team England at The Commonwealth Games on the Gold Coast in 2018. I compete in the PTWC2 (Paratriathlon Wheelchair class).

I train in a variety of settings - in open water around Shropshire, Cheshire, and Manchester, at swimming pools in Chester and Merseyside, on the track in Liverpool, on local lanes and at home on a turbo trainer or rollers. Most of my training is a solitary experience, but I get together with other people whenever I can. I am coached by Martin Brooks at Wirral Metro Swimming Club and train on the track with Knowsley Challenge Wheelchair Racing Club. It involves a great deal of commitment and a lot of driving!

Post-injury, I started playing wheelchair tennis, which I wasn’t very good at! Completing a triathlon was always on my bucket list, so I went along to Sportsfest in 2013, where I met Alasdair Donaldson from British Triathlon who invited me to a Talent Identification Day in March 2014. I didn’t really expect anything to come of it, but I was amazed to be selected for their Talent Development Squad. I then went on to compete at my first sprint triathlon at the British Championships in August 2014. I also competed in my first international race in September 2014, where I won a Silver medal.

I went on to compete in further international races and I was European Champion in 2016 and won a Bronze medal at World Championships in 2015 and a Silver in 2016. I also competed with the GB Para-canoeing Team at World Championships in 2015 and 2016. I stopped canoeing to fully focus on triathlon and I competed in Australia at Commonwealth Games in 2018. I was also British Champion from 2015 to 2017.

Sport keeps me fit and healthy, and training is a great stress reliever. I have met so many amazing people I would not have otherwise met had I not been involved with parasport and the triathlon. After my accident, sport was my saviour. I don’t know what I would’ve done without it. Sport has also helped me with my rehabilitation as it has made me stronger and better able to use the function I still have.

Sport gives me a sense of achievement and it is wonderful when I have training sessions or races where I can see gains from my hard work. I am lucky in that my parents and some friends and family members have come to spectate at races. This has spurred me on and I’ve done some of my best races when I’ve had great support there.

This summer I have taken up water skiing with the British Disabled Waterski and Wakeboard Association. I was first introduced to them through Sportability, who run free activities for people with paralysis. I am still very much a beginner but I love it!

To anyone with a disability who is thinking of becoming more active but is unsure what or how to do it, I would say to have a go at as many activities as you can until you find something you enjoy. I believe there is something for everyone. Personally, I’ve had a go at pretty much everything it is possible to do as a wheelchair user. It is not about how good you are or how many medals you can win. It is about being active, healthy, fit and meeting fantastic people who will enrich your life.

Sportability is a national charity that provides sport and challenging pursuits for people with paralysis.

WheelPower is a national charity for wheelchair sport that provides opportunities for disabled people to play sport and lead healthy active lifestyles.