Reece Dunn and Ellie Challis were among para-swimmers celebrating success at the National Para-Swimming Championships. The event held this weekend in Manchester closed a fantastic year in para-swimming. 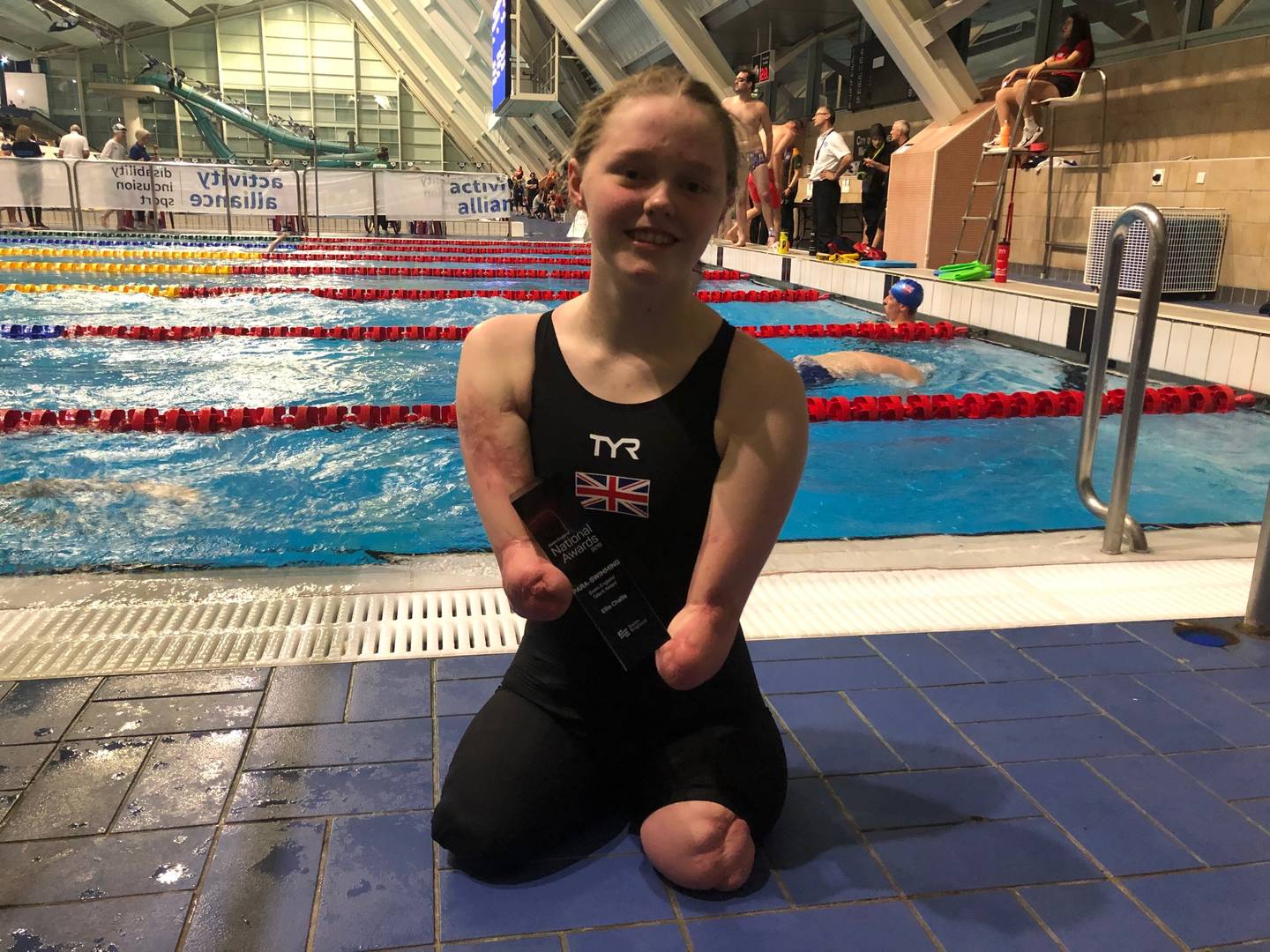 More than 230 para-swimmers competed in the Championships, organised by Activity Alliance in partnership with British Para-Swimming.

Dunn gained World Championships selection after winning three medals at the British Para-Swimming International Meet in Glasgow. At the Worlds in London, he took three golds, a silver and three World Records in the S14 class.

This weekend, Dunn set a new British record in the S14 100m Backstroke. He said afterwards:

“I’m trying to nurse a few injuries and get some motivation back after the Worlds. I’m doing some more events than I usually do just to get some fitness back. So breaking the British record in an event, which isn’t my main event, is great.”

At 15, Ellie Challis’s dream is to represent Great Britain at the Paralympics. Like Dunn, she also secured her place at the World Championships after a fantastic performance in Glasgow.

She made her breakthrough on the international stage in 2019, progressing from the Swim England Para-Swimming Talent programme to the British Para-Swimming World Class Programme. In London, the Colchester Phoenix swimmer won bronze in the S3 50m Backstroke.

This week she was named Swim England’s Para-swimming Talent Athlete of the Year, following her record-breaking season.

She was on record-breaking form this weekend, setting two new national marks in the S3 50m and 100m Freestyle.

“To get the British records is amazing. I didn’t have my eye on the 50m free, but the 100 free I definitely did. I love the atmosphere at this meet – it’s so supportive. Everyone walking around says ‘good luck’ and ‘well done’.”

With the Tokyo Games in sight, 2020 promises to be a memorable year for many. One newcomer making waves, Maisie Summers-Newton, was inspired by Simmonds’ memorable 2012 Paralympic Games performance.

The 17-year-old from Northampton won three medals in the Worlds in London- gold in a new world record in the SM6 200m Individual Medley, silver in the SB6 100m Breaststroke and a bronze in the S6 100m Freestyle. She was also named the best junior female athlete in the Para-swimming World Series.

This weekend, her idols were also her rivals:

“It’s been my dream since the London Worlds to qualify for Tokyo. Hopefully, I can be a part of the team and go into the Games with no expectation because it would be my first one.”

Activity Alliance is the leading national charity focussed on disabled people’s inclusion in sport and active recreation. The events programme is renowned in working with partners to ensure more disabled people can access opportunities.

Summers-Newton wants other disabled people to reap the benefits she has experienced through sport:

“Just try everything you can. Nothing is impossible. Once you start enjoying something it will take you anywhere.”

Races this weekend were heat declared wins. Multi class (MC) events have swimmers with a range of impairments, from multiple classifications competing in the same race. They are grouped for heats on their fastest entry time and swimmers are awarded within their class once the heats are over. The winner of the race is not always, who touches the wall first, but the swimmer who posts the fastest time for their classification.